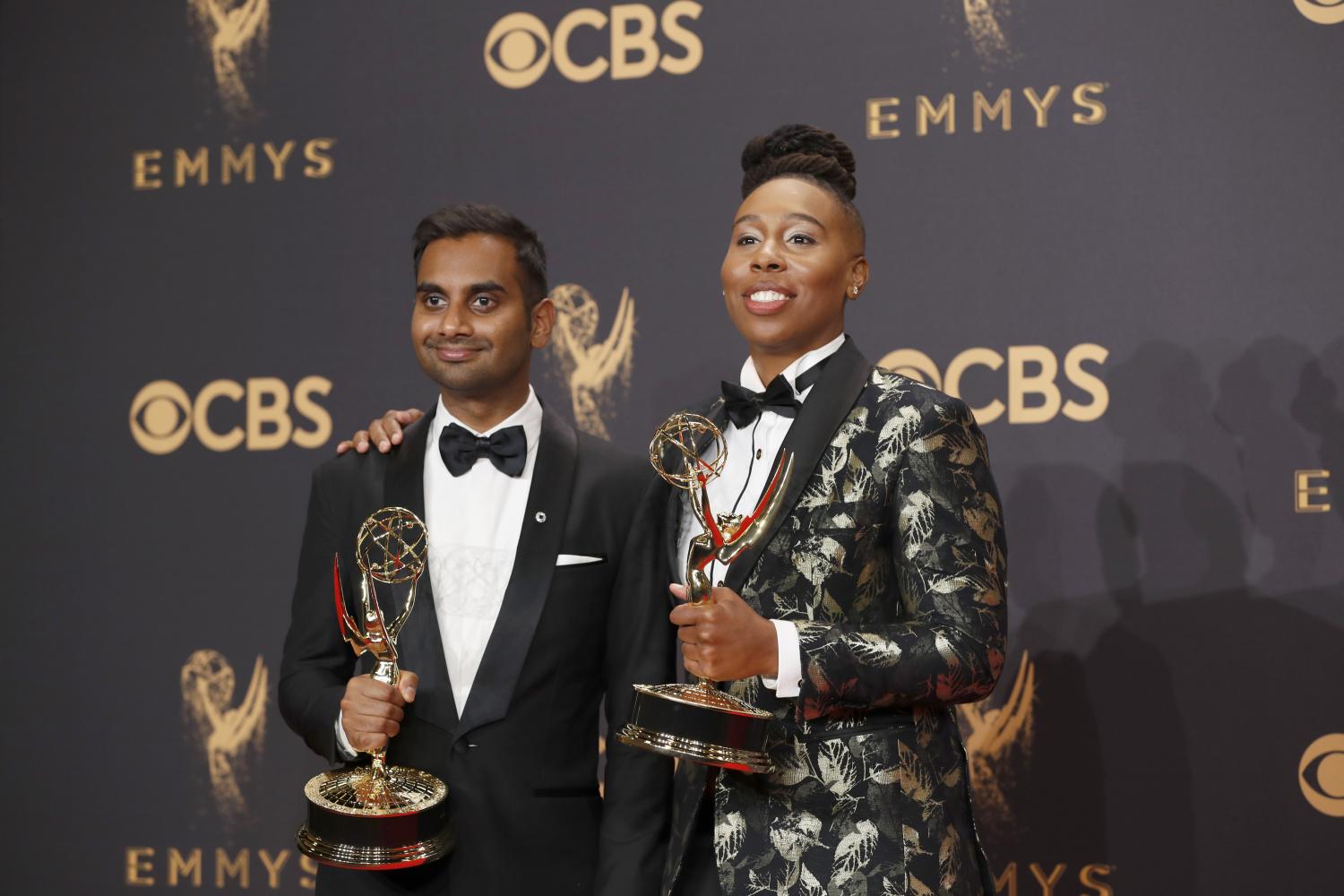 Aziz Ansari and Lena Waithe in the Trophy Room at the 69th Primetime Emmy Awards at the Microsoft Theater in Los Angeles on Sunday, Sept. 17, 2017.

Northwestern and Evanston were highlighted at the 69th Primetime Emmy Awards — NU alumna Julia Louis-Dreyfus (Communication ’83) took home her sixth award for the HBO comedy “Veep,” and Evanston Township High School alumna Lena Waithe scored for her work in the Netflix comedy “Master of None.”

Louis-Dreyfus made history Sunday night when she won her sixth consecutive Emmy for outstanding lead actress in a comedy series, making her the performer with the most Emmys for the same role.

“This is, and continues to be, the role of a lifetime, and an adventure of utter, utter joy,” she said during her acceptance speech.

Waithe also made history when she became the first black woman to win an Emmy for comedy writing. She won for co-writing the “Thanksgiving” episode of “Master of None” with the show’s star and co-creator, Aziz Ansari.

“The world would not be as beautiful as it is if we weren’t in it,” she said in her acceptance speech, referencing the LGBTQ community. “And for everybody that showed us so much love of this episode, thank you for embracing a little Indian boy from South Carolina and a little queer, black girl from the South Side of Chicago.”