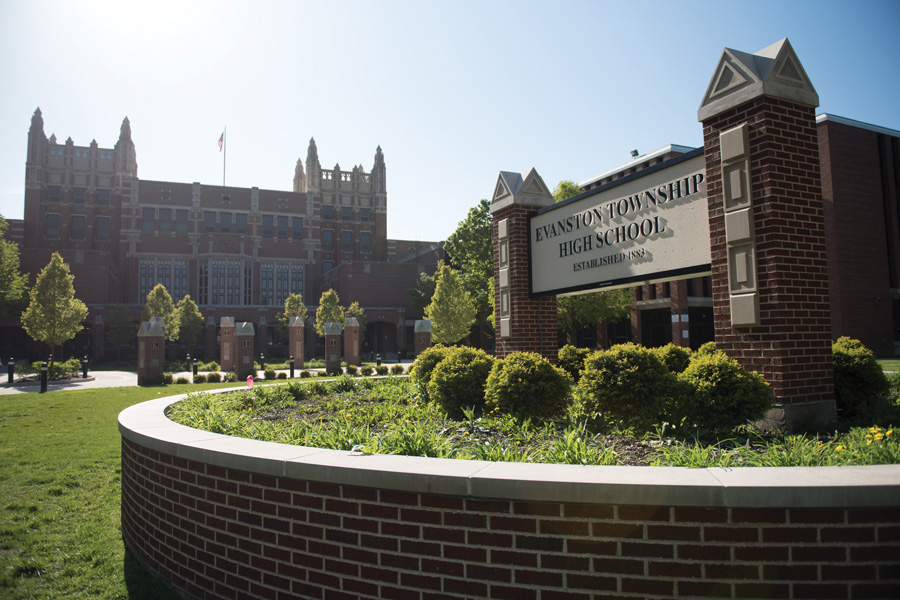 As students across the country shed their tank tops and flip flops for T-shirts and sneakers to comply with school dress codes, Evanston Township High School is taking a different approach.

Though there are still restrictions, this year’s dress code allows hats, hoodies, pajamas, yoga pants and spaghetti straps. The revised code calls on ETHS staff to refrain from body-shaming, instead favoring constructive dialogue and explanation of the rules.

Monique Parsons, vice president of the District 202 school board, said the changes were “a long time coming.” She said they gained momentum after a group of students voiced concerns that the dress code was more harshly enforced for girls and people of color.

“(The changes) really came from the students’ voice, saying this is an old, out-of-date policy, and that we should revisit it,” Parsons said.

Inspired by the Oregon chapter of the National Organization for Women, ETHS’ new dress code was completed over the summer by a team of administrators and teachers. But, District 202 superintendent Eric Witherspoon said, ETHS’ student council was “crucial” in helping adapt the Oregon NOW model to work for District 202.

ETHS senior and student council member Michael Colton said most students have been appreciative of the ability to dress the way they want.

“It does a lot to allow students to express themselves in ways that they previously weren’t allowed to,” Colton said. “It makes great strides in students feeling comfortable in their own skin and being allowed to feel comfortable within the school.”

The new dress code continues to prevent students from wearing anything deemed inappropriate, including clothes with references to drugs, alcohol, pornography, profanity and hate speech.

But its request for body-positive language, Witherspoon said, allows staff to “mentor to students without yelling down to them.” He said the new policy is at odds with management styles in many American high schools, where students — especially girls — are shamed for wearing popular garments like leggings and yoga pants.

And, whereas students may have once been sent home or taken out of class to change, they can now stay in the classroom and focus on “what really matters,” Parsons said.

Witherspoon said implementing a dress code that specifically highlights its support for marginalized students is just as important as the changes themselves. The text, for example, says staff should enforce the dress code “in a manner that does not reinforce or increase marginalization or oppression of any group based on race, sex, gender identity, gender expression, sexual orientation, ethnicity, religion, cultural observance, household income or body type/size.”

Though Colton said he hadn’t heard any major complaints, some teachers — especially those who have “been here for a long time” — have been slow to adapt.

“There’s a little bit of a disparity between the actual policy and what teachers are doing with it, but once again, for the most part, it’s been pretty well perceived and accurately interpreted,” Colton said.

Parsons said most ETHS parents have also embraced the new policy despite some initial confusion.

“We’re listening to our children, we’re keeping them in the classroom, we’re removing barriers to education … (we’re) educating our students and we’re doing it in a very positive way,” Parsons said. “It doesn’t matter how our kids come to us. What matters most is that they’re ready to learn.”