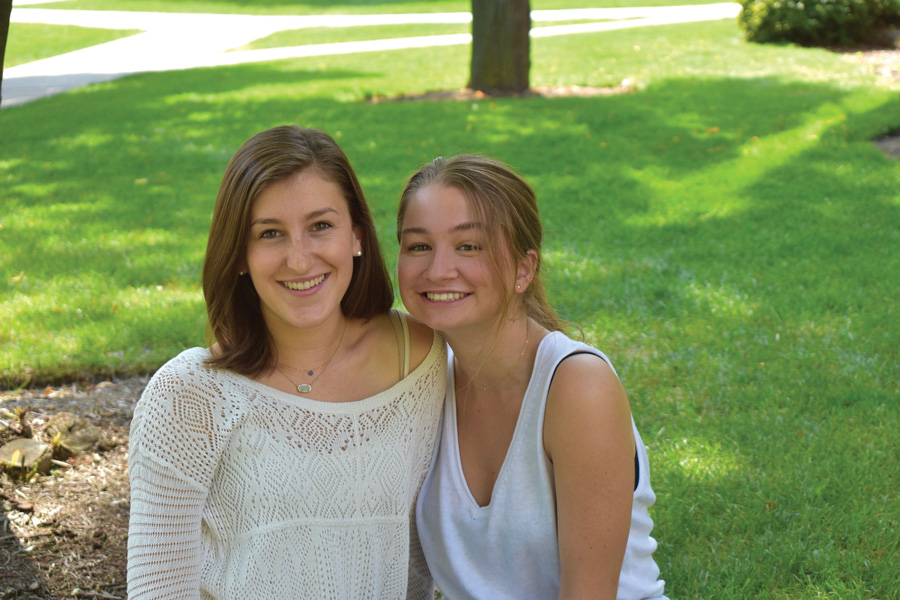 Letscher said she heard people wanted to boycott Uber and Trump family businesses, and she wondered instead if there was a way to find businesses that she wanted to support.

“We both felt frustrated by what was going on in the country, and we didn’t really have a positive place to channel our energy,” Benatar said. “Something that’s really important to both of us is women’s economic empowerment … so we wanted to start something for women.”

From this discussion, Letscher said they came up with the idea for Bossy Chicago, which started as a blog and later turned into an online directory of businesses owned by women in the Chicago area.

Bossy Chicago’s directory includes about 200 entries, Benatar said. The website also features profiles of business owners to share the stories of launching their businesses as women.

Tania Merlos-Ruiz, owner of Tomate Fresh Kitchen — one of the 12 Evanston businesses featured in the directory — said she has often been seen as being bossy for exhibiting traits that would be acceptable if she were a man.

“As women, we sometimes tend to doubt ourselves when we are being called bossy by other people,” Merlos-Ruiz said. “But you can’t be nice, you have to be strong and sometimes a little ruthless to get to where you need to get to because there are very important things we have to do.”

Benatar said they named the website Bossy Chicago as a nod to the negative and often gendered connotation of the word. Instead, Bossy Chicago aims to “celebrate the traits that make women leaders,” she said.

Benatar and Letscher launched the Bossy Chicago directory in July while participating in the Wildfire Pre-Accelerator Program at The Garage. Bossy Chicago placed second in a competition at Wildfire, earning the pair $3,000.

Benatar said the duo began by traveling to the businesses and meeting the owners. She said one of the former owners told her about a physical directory of women-owned businesses from the 1970s. From this, Benatar said she and Letscher were inspired to create a similar directory online.

“Women have a harder time growing their businesses,” Letscher said. “It’s important for women to have an equal opportunity to own businesses.”

Customers and business owners can request to be featured on the directory. Benatar said the two will add more businesses after they file through the submissions.

Going forward, Letscher said she and Benatar want to expand the business to involve more Northwestern students to help with writing, marketing and analytics.

No matter how Bossy Chicago may change, Benatar said they are staying focused on their mission of supporting women in business.

“It’s important for Bossy to exist because if people believe the playing field should be equal, then we should align our buying behaviors with those beliefs,” Letscher said. “We really know how to talk about equity but sometimes it’s hard to find really actionable things to do that will make a difference.”