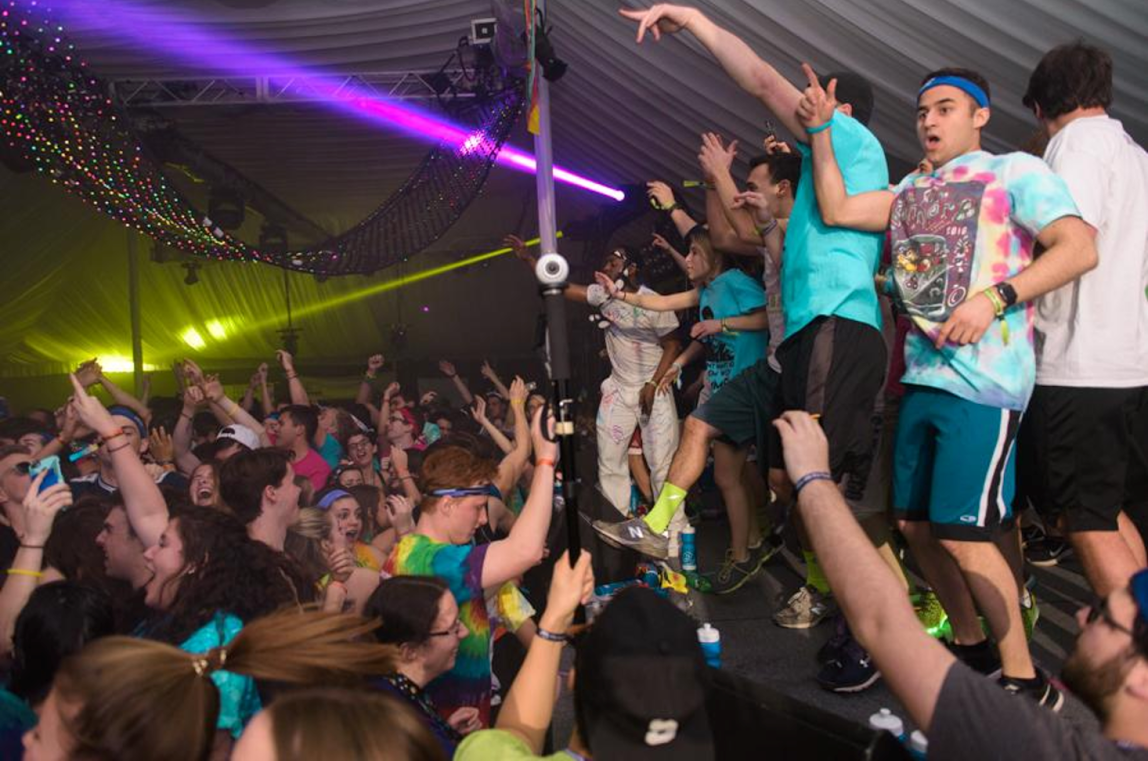 The organizations received the Evanston/Northwestern Catalyst Award, an annual award given to recognize people and organizations with committed partnerships between NU and the city.

Evanston MashUp launched eight years ago to help improve relations between the Evanston and NU communities. Each year, the event brings members of both communities under one tent behind Norris University Center, not unlike that set up each winter for NUDM.

NUDM executive co-chair Daniel Nussbaum, a Weinberg senior, accepted the award. He said receiving it was an honor for the organization.

“(This award) represents the hard work of those who came before us and what they put into fostering a positive relationship with the Evanston community and giving back to the community that we call home,” he said.

MashUp co-chair Jay Ryan, who organized and emceed Tuesday’s event, said this year’s MashUp was the most well-attended with more than 700 people.

“The MashUp has a lot to do with just bringing the community together,” Ryan said. ”That’s really the key. There’s a lot of people who live in Evanston, that don’t know about what goes on at Northwestern and vice versa.”

Amy Monday, ECF’s development officer, was also on stage with Nussbaum to accept the award. She said the partnership with NUDM has been instrumental to the foundation’s success.

“It feels fantastic to receive this award because we’re partnered with such a productive organization,” Monday said. “It’s amazing that students are so interested and involved with a town they only live in for four years.”

In May, NUDM announced ECF will again serve as its secondary beneficiary.

Nussbaum said he is excited about the future partnership of NUDM and ECF. He added that he hopes to increase NUDM’s involvement in the Evanston community.

“NUDM could not be where it is today without the support of the Evanston and Northwestern communities,” Nussbaum said. “NUDM is really representative of what the MashUp and the Evanston community is all about.”