Northwestern moves up to 11th place in U.S. News rankings 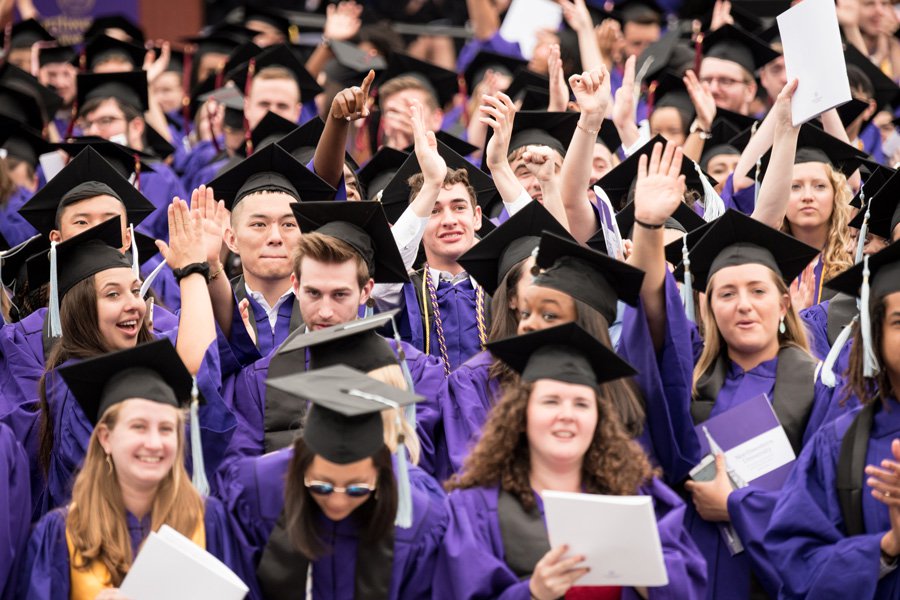 Members of the Class of 2017 stand at Commencement. Northwestern was named the 11th best university in the nation, up a spot from last year, in the 2018 U.S. News & World Report rankings.

Northwestern was named the 11th best university in the nation — up one spot from last year — according to this year’s rankings by U.S. News & World Report.

NU tied with Johns Hopkins University and Dartmouth College in the 2018 rankings, released Tuesday. NU has been ranked 12th almost every year since the 2009 report, except for a drop to 13th place in 2015.

The report draws on data such as first-year retention rates and graduation rates to determine which universities provide the best academic value.

“It’s always good to be ranked highly, and it’s always good to go up a notch as well,” University spokesman Al Cubbage said. “The rankings kind of shift each year. … Obviously, we hope that next year, we’ll be in the top 10.”

According to a recent Politico article, the data U.S. News uses can increase economic inequality in higher education because the rankings push universities to favor more affluent applicants.

“The criteria used in the U.S. News rankings — a measure so closely followed in the academic world that some colleges have built them into strategic plans — create incentives for schools to favor wealthier students over less wealthy applicants,” Politico reported.

Cubbage said NU “has gone the opposite way” in terms of accepting wealthier applicants over those in lower-income households, citing the University’s loan-free financial aid packages. He said the number of students eligible for Pell Grants, which are awarded to undergraduate students on the basis of financial need, has increased as well.

In June, associate provost for University enrollment Michael Mills told The Daily he expected about 19 percent of first-year students to be Pell Grant-eligible this year.