Kellogg dean to step down after 2017-18 academic year 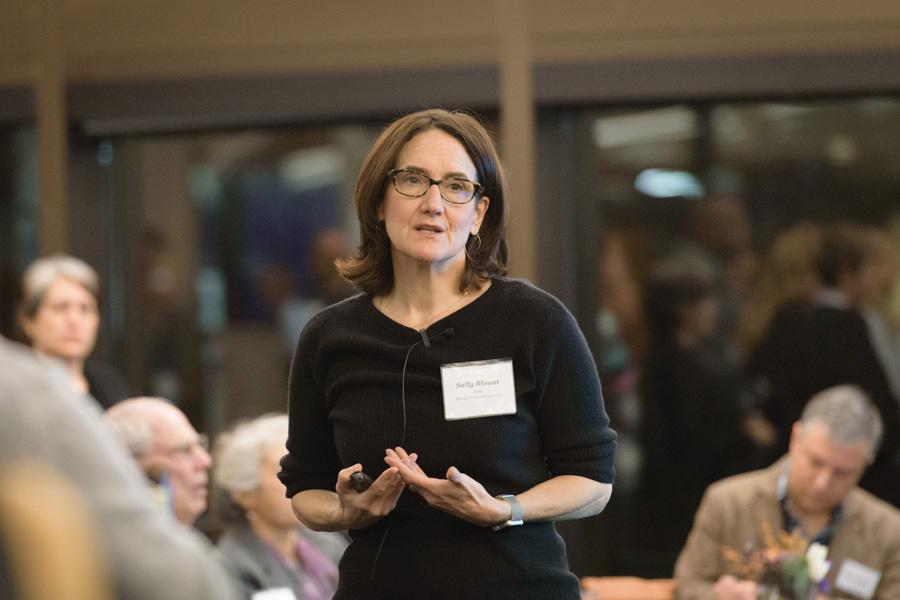 Kellogg Dean Sally Blount speaks at a town hall in November 2016. Blount will step down as dean and take a one-year sabbatical at the end of this academic year.

Kellogg School of Management Dean Sally Blount will step down from her position after this academic year, Provost Jonathan Holloway announced Thursday. Blount, who oversaw the fundraising for the Global Hub, was also the first woman to lead a top business school, according to a news release.

“Sally Blount has been a bold leader for Kellogg and an inspirational trailblazer in business education and beyond,” University President Morton Schapiro said in the news release. “She has expanded Kellogg’s global reach and reputation and laid a strong foundation for its future.”

Next summer will mark 30 years since Blount attended Kellogg as a graduate student, and she will return to Northwestern’s faculty after a one-year sabbatical, according to the release.

Holloway will lead an international search for Blount’s successor, the release said.

“I still pinch myself every time I walk in the Global Hub, our new home,” Blount said in a video addressed to the Kellogg community. “We’ve done amazing work together. I am so excited about Kellogg’s next chapter.”