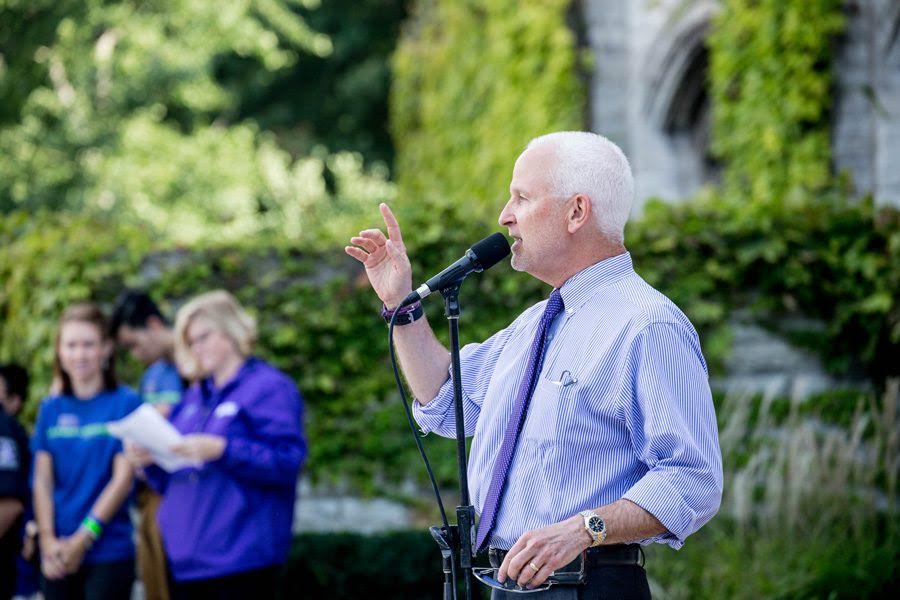 “The students and young adults who were brought to this country as children have grown up here, and many of them are working, serving in the military or attending college,” Schapiro said in the email. “To now make these valuable members of our society subject to potential deportation is both cruel and economically shortsighted.”

DACA, created through an Obama-era executive action, protects “Dreamers” — undocumented immigrants brought to the United States under the age of 16 — from deportation. Since 2012, nearly 800,000 people have been approved for the program, which defers deportation and allows them to live and work in the U.S. for renewable two-year periods.

On Tuesday, Attorney General Jeff Sessions announced that Trump plans to end the program by March 2018, meaning Dreamers could be at risk of deportation once their current deferral periods expire.

“There can be no path to principled immigration reform if the executive branch is able to rewrite or nullify federal laws at will,” Trump said in a statement. “Congress now has the opportunity to advance responsible immigration reform that puts American jobs and American security first.”

“It is incumbent upon us, as students and future leaders, to reaffirm our commitment to equality in our country and our classrooms,” ASG’s statement said. “The right to learn must be absolute and inalienable, and ASG stands opposed to any policy that impedes the right of undocumented Americans to access education.”

Trump’s announcement drew criticism from former President Barack Obama, who called the action “contrary to our spirit, and to common sense” in a statement on Facebook. The National Association of Hispanic Journalists also released a statement, in which its president, Brandon Benavides, expressed support of their undocumented members who “have risen against many odds with an unwavering commitment to our communities.”

Schapiro said in the email that the University would communicate its position to the Administration and to Congress through letters, petitions and collaboration with academic organizations including the Association of American Universities. He urged Congress to seek a legislative answer to immigration issues in the absence of DACA.

“There can be no question that it now is time to find a humane, just solution to this pressing societal issue,” Schapiro said.