Incoming Board of Trustees chairman donated $30,000 to Trump PAC 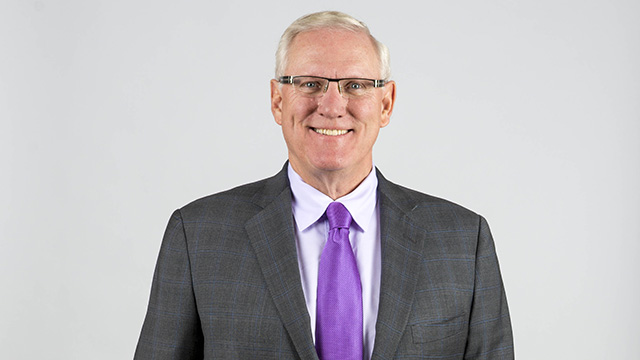 J. Landis Martin (Kellogg ’68, School of Law ’73), the chairman-elect of the Board of Trustees, contributed $30,000 to a political action committee supporting now-President Donald Trump last year, putting him at odds with recent remarks made by University President Morton Schapiro.

Martin donated $25,000 to Trump Victory, a political action committee that supported the then-candidate Trump’s 2016 presidential campaign, in September, and $5,000 in November, according to Federal Election Commission documents. The donations were first noted by SESP senior Benjamin Powell in a social forum.

Schapiro has spoken out against Trump policies at times, condemning his executive order restricting travel from seven Muslim majority countries. Most recently, Schapiro strongly criticized Trump’s response to a white supremacist rally in Charlottesville, calling it “an insult to our nation and to the academic communities that have helped make it so strong.”

Martin has a history of financial support for Republican causes and candidates in congressional and presidential races for the past 20 years.

During the presidential primary campaign last year, he also donated to the campaigns of Lindsey Graham, Marco Rubio, Ted Cruz and Jeb Bush before ultimately donating to the committee supporting Trump. In October, he hosted a fundraiser event at his Denver residence for Bush, which headlined Bush’s brother, former president George W. Bush.

On March 14, Martin made a $40,000 donation to the Colorado Republican Party’s super PAC – the same day a bill limiting fracking near schools was introduced by Democrats in the Colorado House of Representatives. Platte River Equity, a Denver-based private equity firm which Martin founded, holds investments in Wildcat Minerals, a Colorado-based supplier and service provider for the oil and gas industry, including fracking operations.

Martin has also been a member of the board for Halliburton Company, an oilfield service company, for 19 years. In 2000, the Halliburton board was criticized by Al Gore’s presidential campaign when Dick Cheney was given a $20 million retirement package after being named George W. Bush’s running mate.

In a brief interview Thursday, Martin said only that he “didn’t have the time to comment on anything” at the moment.

Schapiro has spoken in favor of divestment and helped establish an Advisory Committee on Investment Responsibility, which met for the first time in May.

Among the biggest responsibilities of the Board of Trustees is maintaining its relations with the President, according to its website.

Martin will succeed eight-year chair William Osborn (Weinberg ’69, Kellogg ’73), who will remain a member of the board, on Sept. 1.

Correction: A previous version of this story misstated the relationship between Jeb Bush and George W. Bush. They are brothers. The Daily regrets the error.