Foster Street, Noyes Street each to close for a week at Sheridan Road 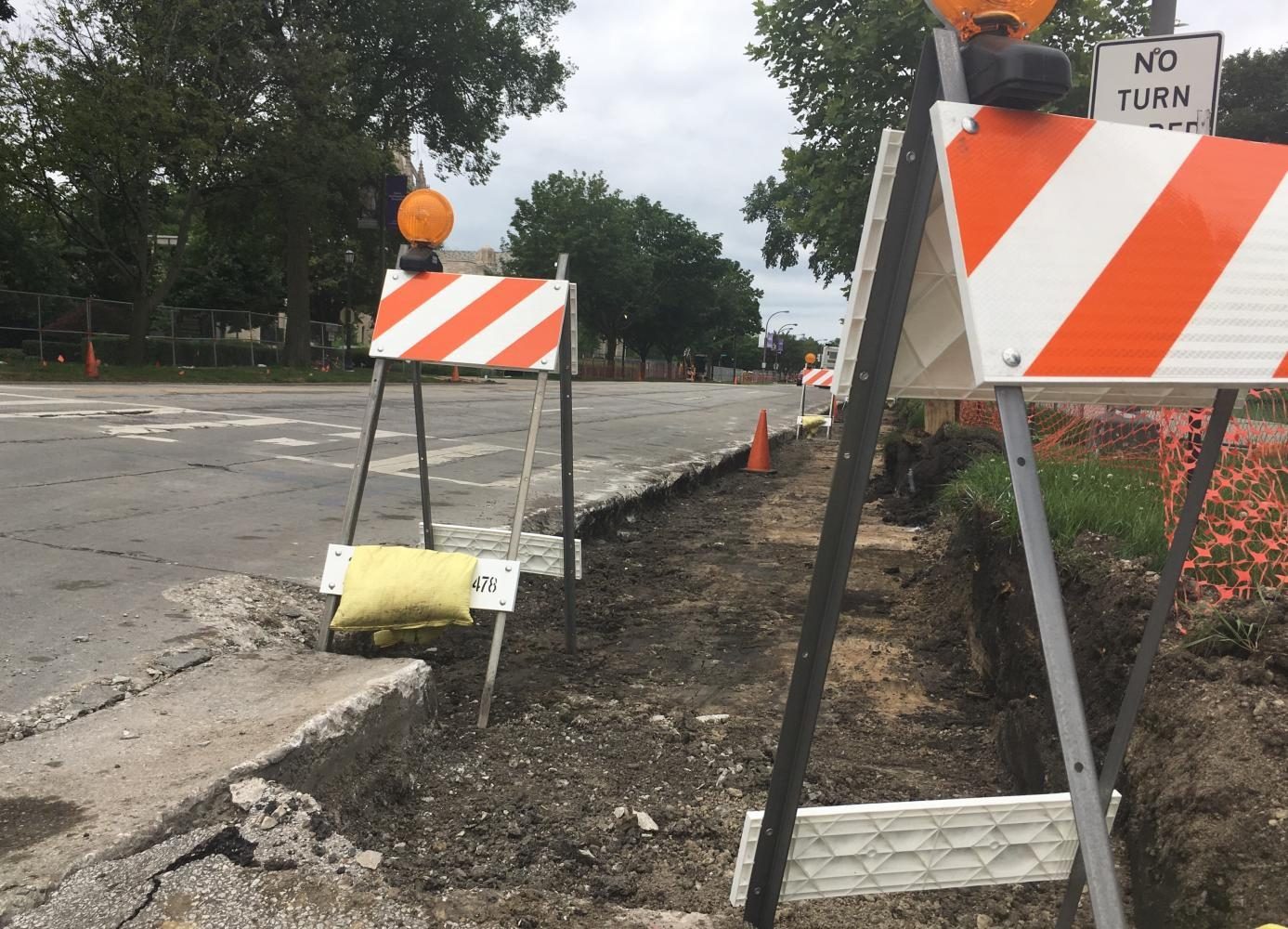 Construction equipment on Sheridan Road. Foster and Noyes streets will be temporarily closed this month because of the work.

Foster Street and Noyes Street will each be closed for a week this month at Sheridan Road as construction continues on the major thoroughfare adjacent to Northwestern’s campus.

There will be no vehicle or pedestrian access to Sheridan from Foster and Noyes while they are closed, the release said. Through traffic on Sheridan, which is currently reduced to one lane in each direction between Chicago Avenue and Lincoln Street, will be unaffected.

The closures are to allow pavement construction to take place, the release said. It added that “workers will attempt to minimize” the inconveniences residents face because of the closures.

The intersections of several minor streets, including Emerson Street and Colfax Street, with Sheridan are already closed because of the construction. The current closures stem from Phase 2 of the three-part Chicago/Sheridan construction project, which will resurface and reconstruct the road, add bike lanes and modernize traffic signals.

Phase 1 of the project was completed earlier this summer. Phase 2 was delayed temporarily as Illinois lawmakers struggled to pass a state budget.