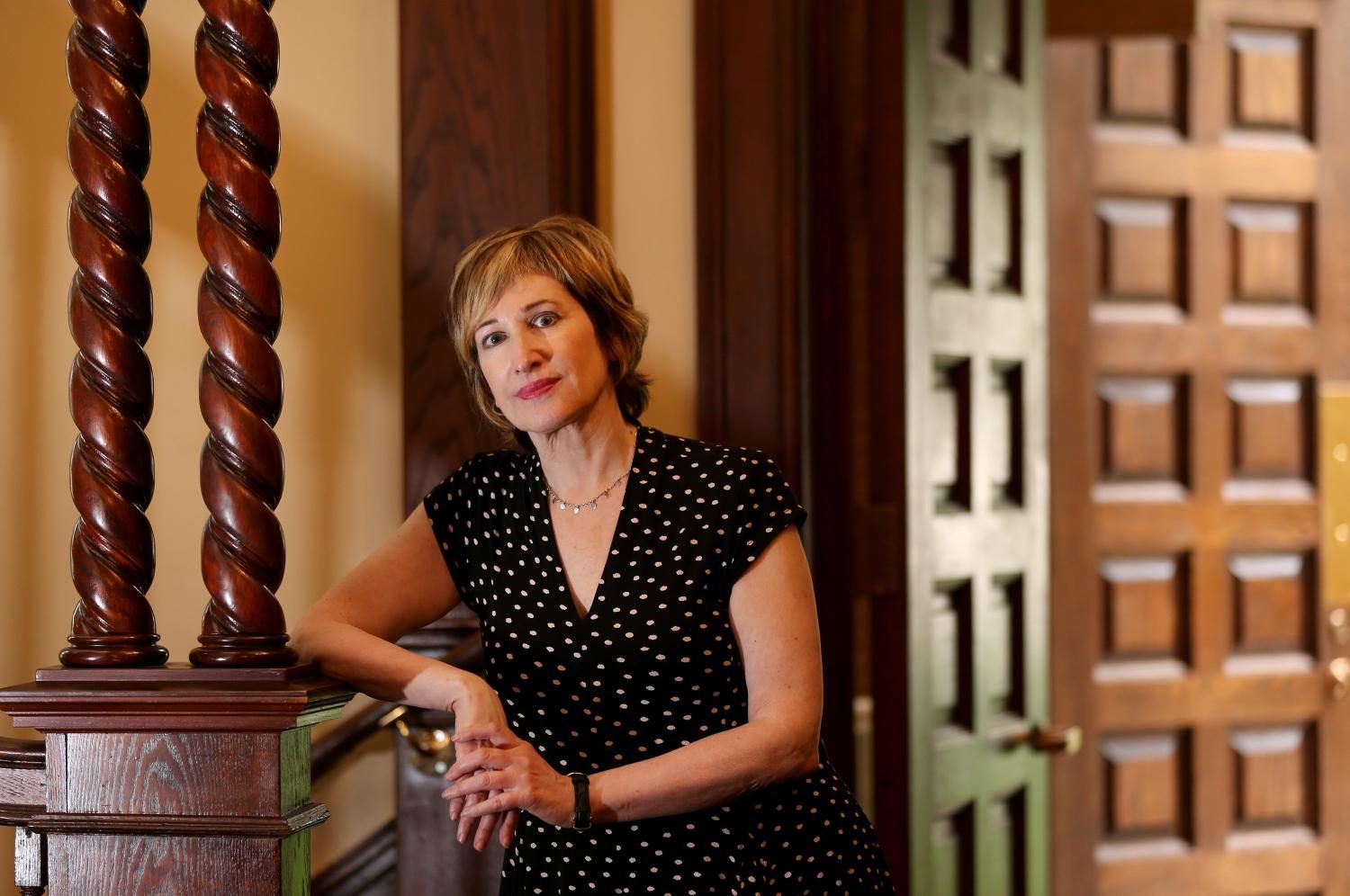 Communication Prof. Laura Kipnis, shown here on Thursday, June 4, 2015, was investigated for complaints that she violated the federal Title IX law against gender discrimination with her essay "Sexual Paranoia Strikes Academe." Kipnis has filed a motion to dismiss a Northwestern student's lawsuit against her.

Published by HarperCollins, the book, which Kipnis said is a polemic, critiques NU’s Title IX procedures, examines Kipnis’ own experience with the process and looks at separate incidents involving two students — one of whom was Doe — filing sexual assault complaints against former philosophy Prof. Peter Ludlow. Since its April 4 release, “Unwanted Advances” and Kipnis have received nationwide attention with reviews and features in publications including the New York Times, The New Yorker, National Public Radio and Mother Jones.

According to the July 21 motion, Kipnis and HarperCollins are moving to have the court dismiss Doe’s suit with prejudice because the student allegedly “cannot state any plausible claim for relief.”

Doe filed the suit on four counts, including public disclosure of private facts, false light invasion of privacy, defamation and intentional infliction of emotional distress, according to the lawsuit. She is suing for an unspecified amount of compensatory and punitive damages, and to grant further relief if the court sees just and proper.

Doe’s attorneys have until Aug. 21 to file a response to the motion, according to court documents.

In a memorandum filed July 21 to support the motion to dismiss, lawyers representing Kipnis and HarperCollins allege Doe’s claims “arise from her fundamental disagreement with the opinions expressed in the book.” The memorandum states Doe and Kipnis having opposing views “does not give rise to any viable cause of action” and argues for the dismissal of all four counts of Doe’s suit.

Regarding Doe’s claim of public disclosure of private fact, the memorandum cites Illinois’ privacy law, which requires Doe to allege and prove Kipnis and HarperCollins “gave publicity; to h(er) private, not public life” and that “the matter publicized was highly offensive to a reasonable person; and the matter published was not of legitimate public concern.”

According to the memorandum, facts about Doe were already made public when Ludlow sued the University for defamation and gender discrimination in 2014. These facts include the details of her relationship with Ludlow and the confidential records from the University’s Title IX investigations, the memorandum said.

The memorandum also says Kipnis’ book contains information regarding a matter of public concern, citing a 1989 Supreme Court case. The decision states media publications cannot be punished under the Constitution for publishing lawfully obtained truthful information that is important to the public, unless the information affects state interests.

In the book’s introduction, Kipnis wrote she is using the details of Doe’s relationship with Ludlow as a way to examine Title IX enforcement and sexual attitudes on university campuses, the memorandum said.

Additionally, the memorandum alleges Doe’s defamation count “fails as a matter of law,” because Doe “has failed to plead it with the requisite specificity and because the statements at issue are either not defamatory as a matter of law or protected expressions of opinion.”

A person claiming defamation or false light must allege the specific words he or she is complaining about, the memorandum said. Doe’s lawsuit only “vaguely referenced the statements she challenges as representative ‘categories’ of actionable statements,” according to the memorandum.

The memorandum also argues the categories cited as defamatory are “statements of opinion.” The categories listed in the memorandum include the nature of Doe’s relationship with Ludlow, the number and content of Title IX complaints Doe initiated and the insinuation Doe is a liar who “fabricated a false claim of rape against Ludlow.”

Doe’s lawsuit alleges Kipnis and HarperCollins “branded (her) as a manipulative liar” and “mischaracterized her relationship with Professor Ludlow.” However, the memorandum states the book represents Kipnis’ opinions, which are “based on the mountain of concededly truthful facts” pertaining to Doe and Ludlow’s relationship and the Title IX investigation.

The memorandum argues the defamation count should also be dismissed because Doe did not claim facts which show Kipnis and HarperCollins acted with actual malice, the knowledge of falsity or a reckless disregard for the truth.

According to the lawsuit, part of the reason Kipnis allegedly wrote the book was to retaliate against Doe for filing Title IX complaints against her and Ludlow. Kipnis’ alleged animosity toward Doe is “insufficient to plausibly allege malice” because it does not “equal subjective awareness of falsity,” the memorandum said.

The suit also alleges Kipnis omitted facts in the book that would have contradicted Ludlow’s story. The memorandum states Doe’s allegation does not support actual malice because though “commentary is one sided and sets forth categorical accusations” does not mean the publisher believed it to be false.

According to the memorandum, Doe’s claim that HarperCollins did not “adequately investigate” the book’s content is also “not sufficient to establish” actual malice as a matter of law, the memorandum said.

The memorandum cites a 2011 Supreme Court case ruling to argue Doe’s fourth count alleging intentional infliction of emotional distress also fails because the book is “speech on a matter of public concern.” Additionally, the First Amendment prevents any intentional infliction of emotional distress claim where plaintiffs fail to plead the fault requirements for defamation, the memorandum said.

The memorandum goes on to say Doe has not pleaded the elements of an intentional infliction of emotional distress claim because Doe must allege Kipnis and HarperCollins’ conduct was “extreme and outrageous.” Kipnis’ book would have to “go beyond all possible bounds of decency” and be “regarded as intolerable in a civilized community,” according to the memorandum.

Because the memorandum argues Kipnis’ book addresses an issue of public concern, it “certainly cannot be considered intolerable in civilized society.”

In addition, the memorandum states Doe must show she suffered emotional distress “so severe that no reasonable man can be expected to endure it.” Doe’s claims of distress lack evidentiary support, the memorandum alleged.

Doe, however, alleges in the lawsuit that the widespread publication of Kipnis’ book has caused harm to her reputation, career and education. Doe has also experienced economic and non-economic damages, such as mental anguish, as a result of the book, the lawsuit said.