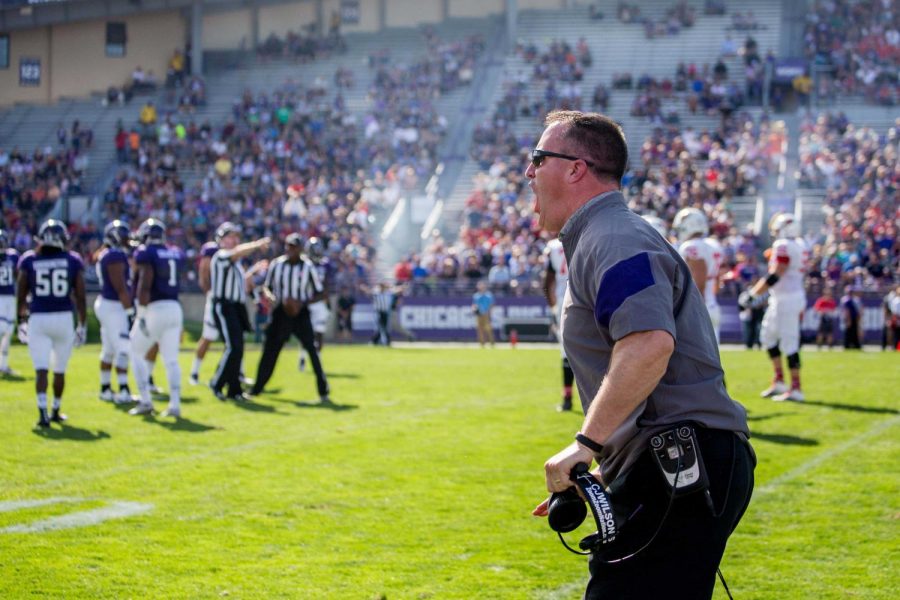 CHICAGO — Northwestern will be among the last schools in the country to open training camp when it begins Aug. 5, a move made in part because of the University’s academic calendar.

Speaking Tuesday at Big Ten Media Days, coach Pat Fitzgerald said he made the decision after speaking to his leadership council, which prioritized time off between the end of summer classes and the beginning of camp.

“I sat down with our leadership council and said, ‘Guys, I can bring you in right away after summer school or we can take our traditional week to recharge and reenergize,’” Fitzgerald said. “That’s what we decided to do. … I get a chance to give my guys a complete week off next week.”

An earlier start became an option this year after the NCAA passed a waiver that allowed teams to begin practicing a week sooner than past start dates. According to an NCAA news release, the waiver allows schools “to decide how best to manage their practice schedule while retaining 29 preseason practices.”

Fitzgerald expressed his frustration over new restrictions that prevent any form of two-a-day practices, a change made outside the standard legislative process and one that will force the Wildcats to eliminate days off during training camp. The traditional mid-August scrimmage in Kenosha, Wisconsin, will also be scrapped in favor of additional practice time, Fitzgerald said.

Nonetheless, Fitzgerald and the leadership council, including senior safety Godwin Igwebuike, felt the later start made the most sense.

“We all agreed. We’ve been grinding. The offseason is long,” Igwebuike said. “Months and months and months of grinding, and we’ve really attacked this offseason. It’s been the hardest offseason I’ve had since I’ve been here.”

Fitzgerald made the surprising announcement that NU has added several kickers, bringing the number of players competing for the open job to seven.

As of Tuesday, just four players are listed at kicker on the roster — walk-ons Mason Weissenhofer and Drew Luckenbaugh, graduate transfer Luke Otto and freshman Charlie Kuhbander — none of who have ever appeared in a game for the Cats. Graduate transfer Makay Redd was listed only in the media guide, and freshman Cody Gronewold, who kicked in high school, is listed as a punter.

Weissenhoffer, Luckenbaugh and Kuhbander were seen as the primary contenders for the kicking role vacated by Jack Mitchell. Fitzgerald, however, said of the open competition that “we’re going to see how that’s going to play out” and added that Weissenhoffer and Luckenbaugh both struggled with consistency in spring practice.

Fitzgerald also expressed dismay over the play of his tackles, saying that “we need to play better at the tackle position” and indicating that junior Blake Hance has, at least temporarily, lost the starting role at left tackle.

He added that seven players were competing for the starting and reserve roles at both left and right tackle. Though competition among a small handful of players was expected at the open spot at right tackle, Fitzgerald’s announcement that so many players were still in the mix was unexpected.

In a meeting last week, Fitzgerald said he told the competing linemen, “‘I’m not sure which one of you seven guys is going to be a starter at either position, but feel free to take the job. And if you don’t take the job, feel free to compete to be in the two-deep (depth chart).’”

“When Blake was maybe a little bit inconsistent, we didn’t have anybody step up to push him,” Fitzgerald said. “For us to be better up there, the left and right tackle position have got to play more consistent.”