City Council to consider other proposals for Harley Clarke Mansion 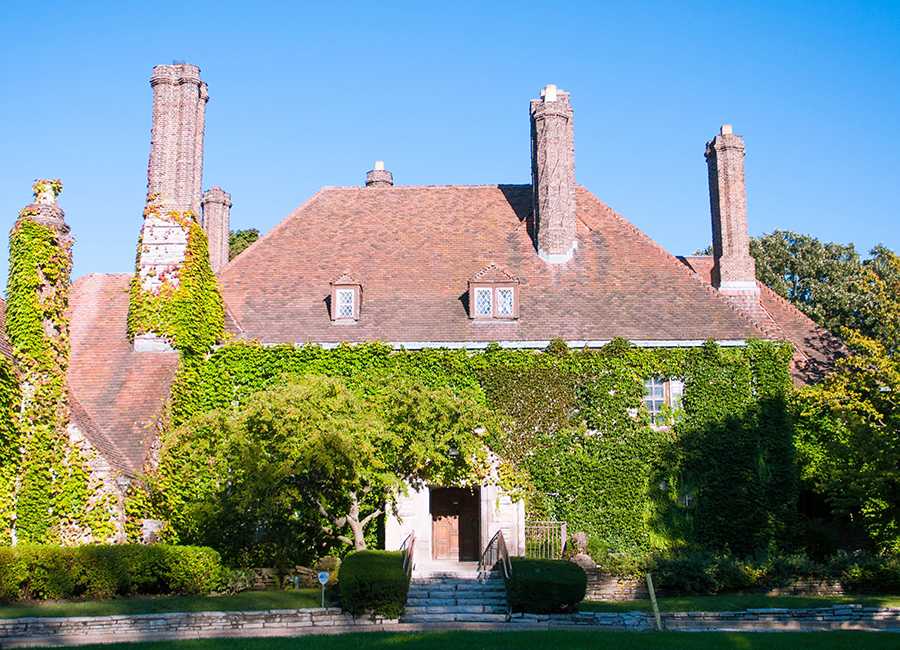 The Harley Clarke Mansion, located on Sheridan Road, has been vacant since 2015. Aldermen on Monday declined to accept a proposal by Evanston Lakehouse & Gardens to take over the mansion.

Aldermen on Monday rejected a proposal by Evanston Lakehouse & Gardens to acquire the Harley Clarke Mansion and instead voted on a motion to draft a Request for Proposals for the renovation of the mansion.

The vacancy of the mansion, located at 2603 Sheridan Rd., has been a recurring topic of concern since it fell out of use in 2015.

Evanston Lakehouse & Gardens, created in December 2015, said they aimed to restore and repurpose the Harley Clarke property and Jens Jensen gardens. The group’s plans included creating an educational space by utilizing the gardens and its lakeshore property.

Tom Hodgman, board president of the nonprofit organization, said the current plans would cost around $1.1 million, with an additional $3.8 million for improvements that could be added in the future.

The group had received over $90,000 in pledges to contribute to the project, and the City Council has currently budgeted $250,000 towards the renovations, Hodgman said.

“Harley Clarke is the centerpiece of an integrated complex of parks,” Hodgman said. “I realized that if Harley Clarke was not publicly accessible, it would disrupt these connections, so I serve to work with the Evanston Lakehouse group on their plan to maintain public access without placing a financial burden on the city.”

The group’s plans also included educational spaces for the community and a cafe. Hodgman said the group would allow other parties to rent the space, and the profits from rentals — along with fundraising and grants — would help pay the cost of running the property.

During the public comment portion of the meeting, over two dozen people people spoke on behalf the Evanston Lakehouse & Gardens’ proposal.

The council ultimately did not accept the proposal, however, and later voted 7-2 in favor of opening up the possibility of mansion ownership to other nonprofit groups.

Ald. Donald Wilson (4th) said he was concerned that Evanston Lakehouse & Gardens’ proposal would retract from the “community owned” aspect that a previous Council meeting established as an expectation for the mansion.

“I represent the whole city, and one of the challenges I face is that we passed a resolution that said specific things,” said Wilson, “The resolution ended up reading that the Harley Clarke mansion and coach house will be owned and operated by the City of Evanston.”

Ald. Robin Rue Simmons (5th), in explaining her vote for the majority, said she felt inspired by the idea that all Evanston residents could have a lakehouse through this property.

Simmons said she hopes the mansion’s renovations will eventually come to fruition, but at a price that is more agreeable with the city’s budget.

“The whole compound there is something that is really special, so I absolutely support that we keep it for public use,” Simmons said. “I absolutely cannot support the city spending any more money at this time on Harley Clarke.”