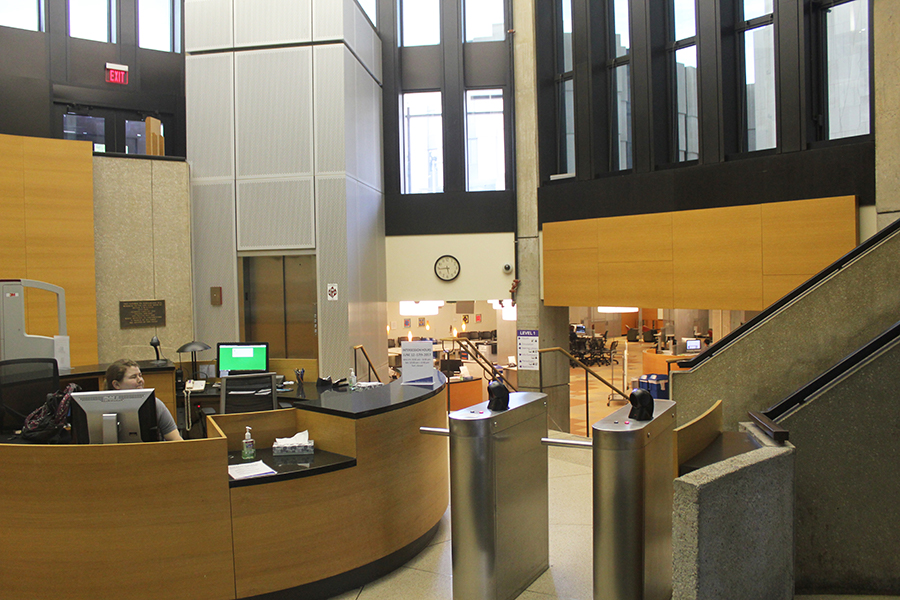 The entrance to University Library, including the two existing WildCARD scanners, as it currently appears. This summer's renovation project will add a third turnstile and make cosmetic improvements.

The turnstiles at the entrance to University Library — notorious for their difficult-to-use WildCARD scanners — are set to be upgraded this summer.

The library plans to add a third turnstile to the entrance, as well as to combine the Information Commons and research assistance desks, according to a news release. The eight-week renovation project, which starts Monday, will also make cosmetic improvements.

The library’s director of public relations, Clare Roccaforte, said the combined desk will be located closer to the entrance and the the additional turnstile will make “getting in during peak class times … a little bit faster.”

Roccaforte also said that the renovations will rearrange the furniture and add new carpet in the Information Commons.

Construction will last until mid-August, leaving Deering Library as the lone entrance into the library complex, according to the release.

University Library will remain open throughout the summer — with some equipment temporarily rearranged — but Roccaforte warned that the concrete drilling during the renovations will likely create noise throughout the library.