The Daily Northwestern • May 26, 2017 • https://dailynorthwestern.com/2017/05/26/campus/medill-celebrates-retirement-of-former-dean-loren-ghiglione/ 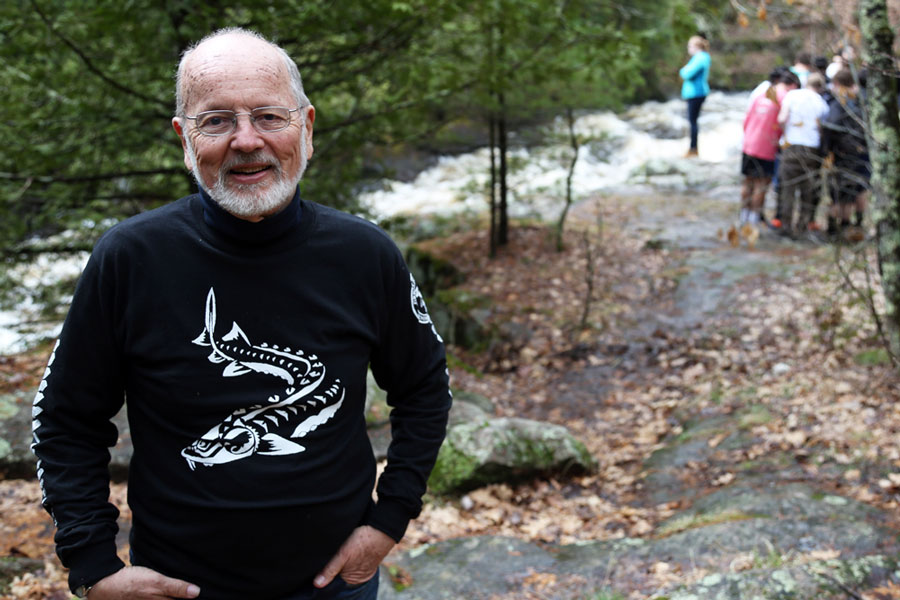 Family, colleagues and former students celebrated former dean and Medill Prof. Loren Ghiglione on Thursday before his retirement in June.

Ghiglione, who served as dean of the Medill School of Journalism, Media and Integrated Marketing Communications from 2001 to 2006, will retire from Northwestern in June after 45 years in the journalism industry. Family and friends shared anecdotes of their personal and working relationships with Ghiglione throughout the years at the event in the McCormick Foundation Center Forum.

“His tireless and passionate commitment to diversity, both in the academy and journalism has shaped many careers, my own included,” associate dean Charles Whitaker said at the event, which was hosted by Medill.

Ghiglione taught as a professor from 2007 to 2017, and former students honored him at the event. Lauren Taiclet (Medill ’04) was one of the first students who traveled to South Africa for her JR. She and other students made a website called “The Tenth Student” to thank Ghiglione for planning the trip and bringing them together. Taiclet said Ghiglione considered himself the 10th student in the group of nine.

“Whatever group of students Loren is with, whatever group of faculty he is with, he always regards himself as a student,” Taiclet said. “It’s that humility and willingness to learn about the world that I admire about him so much.”

Medill Prof. Ava Greenwell said Ghiglione can often be found in his office working well into the morning. She said sometimes he is so eager to get to work he doesn’t even take time to take off his coat. Though Ghiglione is leaving Medill, she said he will never stop working.

Ghiglione said he will help create a “truth-telling exhibit” about John Evans at NU. He said he plans to travel back and forth from home to work on the project.

“I recently got a fortune from a Chinese cookie that said the best is yet to come,” Ghiglione said. “I have enjoyed being a newspaper editor and I have enjoyed teaching but I am excited for the next chapter.”

Medill Prof. Jack Doppelt said his office has been next to Ghiglione’s for 10 years. He said he admires Ghiglione’s work representing unrecognized narratives.

“He writes, he thinks, he connects with students, he scopes out new courses to teach, he keeps on thinking, he keeps on writing, not to be called a scholar,” Doppelt said, “but to open all of our eyes to undertold stories of people who journalists and history have skimmed past.”

Ghiglione plans to move back to Massachusetts, where in 1995 he owned and operated the Southbridge Evening News newspaper. Ghiglione’s 10-year-old granddaughter Emily MacMillian said she is excited to be able to spend more time with her grandfather reading Mark Twain and having him help her with homework.

Ghiglione was also celebrated at the event for improving Native American representation in journalism. This quarter, he has taught classes about Native Americans. He also chaired the University steering committee of the 2015-16 One Book One Northwester, which selected the book “The Inconvenient Indian: A Curious Account of Native People in North America.”

“Loren became drawn to the generations-old injustices that have been reaped at the expense of Native Americans,” Doppelt said. “Mostly in the shadows, where journalists don’t go, he pulled Northwestern and Medill in with him.”