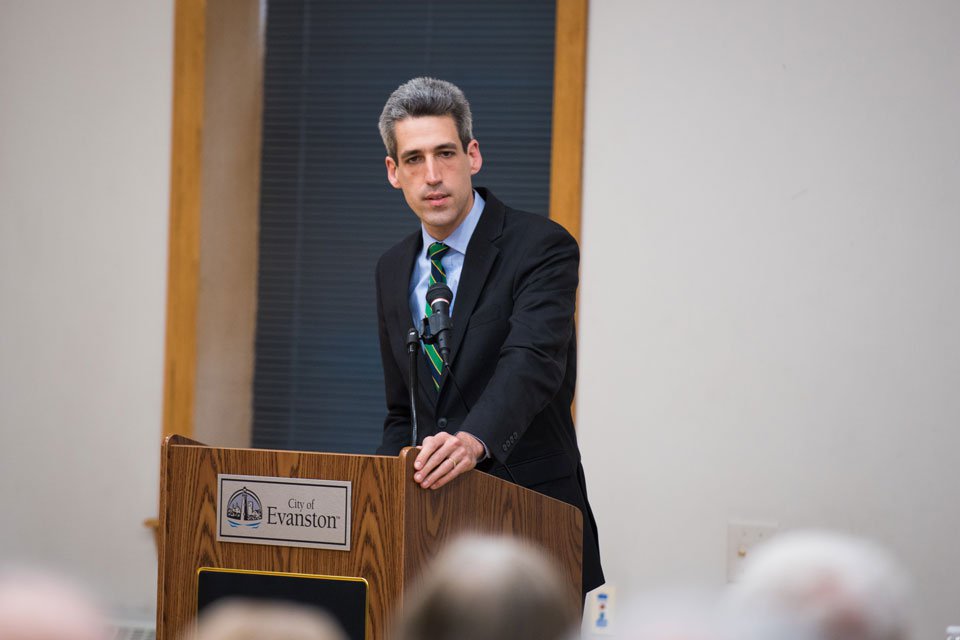 State Sen. Daniel Biss (D-Evanston) talks with constituents after a town hall meeting in 2015. A bill sponsored by Biss that would use public funds to match small donor contributions passed in the state Senate Tuesday.

A measure that aims to use public funds to match small donor contributions passed in the Illinois Senate Tuesday.

The bill, announced by State Sen. Daniel Biss (D-Evanston) in February, would “weaken” the influence of money in Illinois elections by matching every six donations between $25 and $150. Candidates who opt into the program would not be allowed to accept contributions exceeding $500 from a single donor, according to a Tuesday news release.

“This is one way we can restore the balance of power in government and ensure that average people — those who represent Main Street America and middle-class values, not Wall Street and the corporate class — have greater influence over the decisions that are made in Springfield and elsewhere,” Biss said in the release.

The system proposed by the legislation would encourage “ordinary” people to compete “financially and ideologically” with wealthy donors and allow for more diverse candidates, the release reads.

Jay Young, political director with Common Cause Illinois, said in the release the bill would inhibit the influence of wealth in government.

“During the last election, we watched campaign spending in (Illinois) spiral out of control,” Young said. “Proposals like Senate Bill 1424 provide candidates with the option to break the cycle of chasing larger and larger checks.”

The bill on Tuesday was referred to the Rules Committee in the Illinois House.