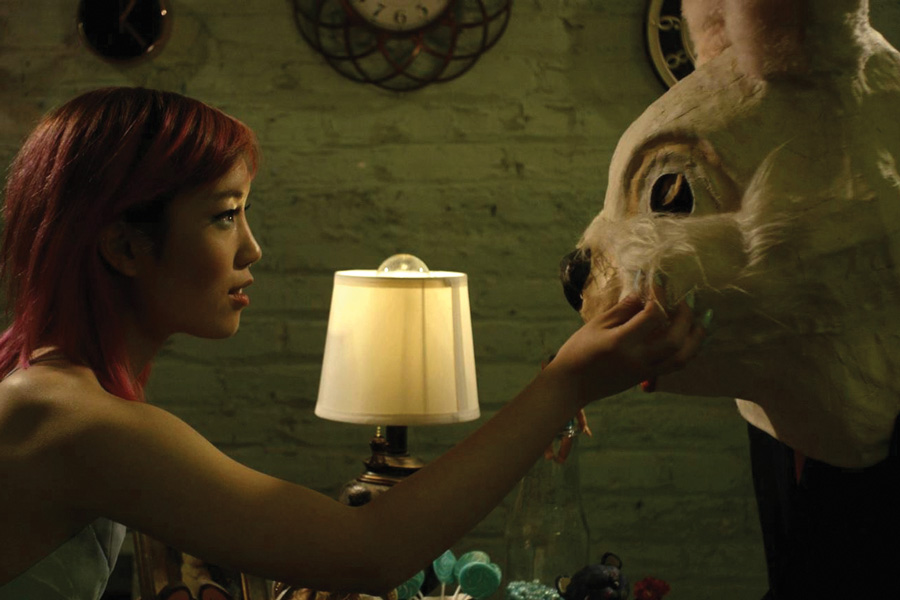 Communication junior Orli Spierer hopes to work at a film festival when she graduates. This year, Spierer did not have to wait to fulfill her dream, as she was able to plan a student film festival with her classmates through a Radio, Television and Film class.

This is the first year the class, RTVF 398: Curatorial Practices, has been offered. The class organized the Northwestern University Student Film Festival at the Block Museum of Art, which will take place this Friday.

“Our big project for this class is making this film festival, which has been really fun,” Spierer said. “It’s definitely cooler than most class homework. This class was really interesting to me because it’s what I actually want to do.”

Communication Prof. Ines Sommer teaches the class. Spierer said they will show a variety of films such as documentaries, music videos and animated pieces at the festival.

The festival is entirely student run with students in the RTVF 398 class planning everything, from selecting the films to advertising the festival to the public. The students have been planning this film festival since the beginning of Spring Quarter.

“The angle of the festival is having it be very interdisciplinary within Northwestern and having it be a celebration of all student art that has any moving image component,” said SESP senior Caroline Levy, a student in the class. “Some of the other opportunities to have your films shown on campus really target more of that fiction film, fiction short, so we wanted to try to encompass documentary works and new media stuff.”

The students received about 40 entries from Northwestern undergraduate students, graduate students and recent alumni. From these entries, they selected 17 films to be shown. The festival was open to students in all schools, but they reached out specifically to students in the RTVF major; Medill School of Journalism, Media, Integrated Marketing Communications; and the Art Theory and Practice major, Levy said.

At least three students watched each film that was submitted. Afterwards, the students rated the films based on a rubric and gave comments on them. The students then decided from the films with the highest ratings which they wanted to show at the festival.

“It honestly worked out really well,” Spierer said. “We were all pretty much in agreement about which pieces we were excited about and which pieces would fit into the festival the best.”

One of the documentaries that will play at the festival is Communication senior Lakshmi Karuparthy’s “Painted Poison.” It follows a family that lives in a Southwest neighborhood of Chicago who have been living in a home with lead-based paint and shows the problem of lead poisoning in Chicago homes.

Karuparthy said she is excited to have her film shown in this festival because she did not have enough time to enter it into other film festivals. She said the entry process for the Northwestern University Student Film Festival was very simple, especially because it was free.

“I think this festival is important because it gives students an outlet to showcase a lot of work that they’ve put a lot of time into,” Karuparthy said. “So much time goes into making these films and I think it’s great that work gets to be recognized and it only helps to invigorate the film makers to keep doing what they’re doing and to keep working to what their goals are in terms of filmmaking.”

Levy said this film festival is important because there are rare opportunities on Northwestern’s campus to actually show student work, even though Northwestern has strong creative departments.

“I think people would enjoy coming to this event because they’ll see, still in a short amount of time, a more diverse range of works than they might necessarily see at another screening or event on campus,” Levy said. “This is an opportunity for students on campus to see animated work, fiction films, music videos, documentaries and more that are made by their peers.”