The Daily Northwestern • May 16, 2017 • https://dailynorthwestern.com/2017/05/16/city/viet-nom-nom-owners-launch-kickstarter-for-first-storefront-location/ 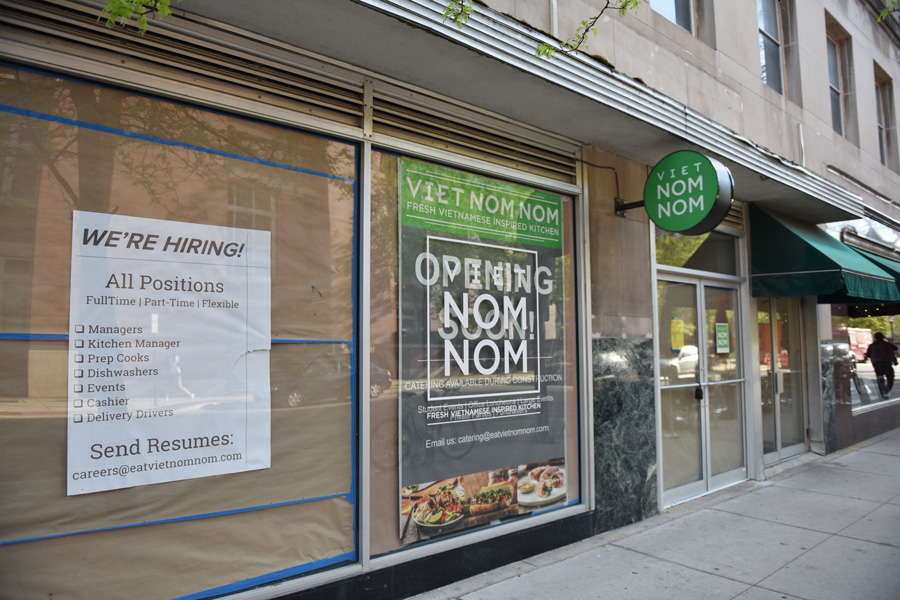 Viet Nom Nom, 618 ½ Church St. The restaurant’s founders say they plan to move into the storefront location later this month.

Two years after Noah Bleicher (Kellogg ’15) decided to open a Vietnamese restaurant in Evanston, he and a business partner began a Kickstarter campaign weeks before the restaurant’s forecasted opening.

Bleicher developed the idea for Viet Nom Nom after noting a lack of quality, healthy food on and near Northwestern’s campus. He teamed up with Alan Moy, and the pair constructed a catering and pop-up restaurant model for their fast casual cuisine.

The two plan to open their first storefront location at 618 1/2 Church St. by Memorial Day, according to the Kickstarter page.

The money raised through the Kickstarter campaign — which will run through mid-July — will fund new employees, better equipment, catering vehicles and development expenses. Moy said the idea to use Kickstarter centered on getting more people involved in the project.

“It takes a village,” Moy said. “We’ve had folks reach out to Noah and I and ask how they can contribute. Some people cannot help physically because they’re not there. That’s really where (the campaign) started.”

In addition to funding the new restaurant, Moy said the funds will also further the grab-and-go part of the business, which is set to roll out in the fall. This will help bring more quality food to campus, as Moy said the pair plans to have their products in “every building that does food.”

Moy said the Kickstarter was strategically timed to share next steps with supporters.

The new storefront will reach more people than the current catering model or pop-up stand in Kellogg, Rottenborn said.

Moy said as the restaurant’s grand opening nears, momentum has also picked up. He added that the Kickstarter campaign is just another way of continuing that momentum and getting more people involved.

“It becomes a story about all of the momentum and the growth we’ve had already,” Moy said. “It’s a way for folks to be a part of our story. People want to be a part of this.”