The Daily Northwestern • May 14, 2017 • https://dailynorthwestern.com/2017/05/14/city/d65-board-develops-procedures-to-implement-transgender-policy/ 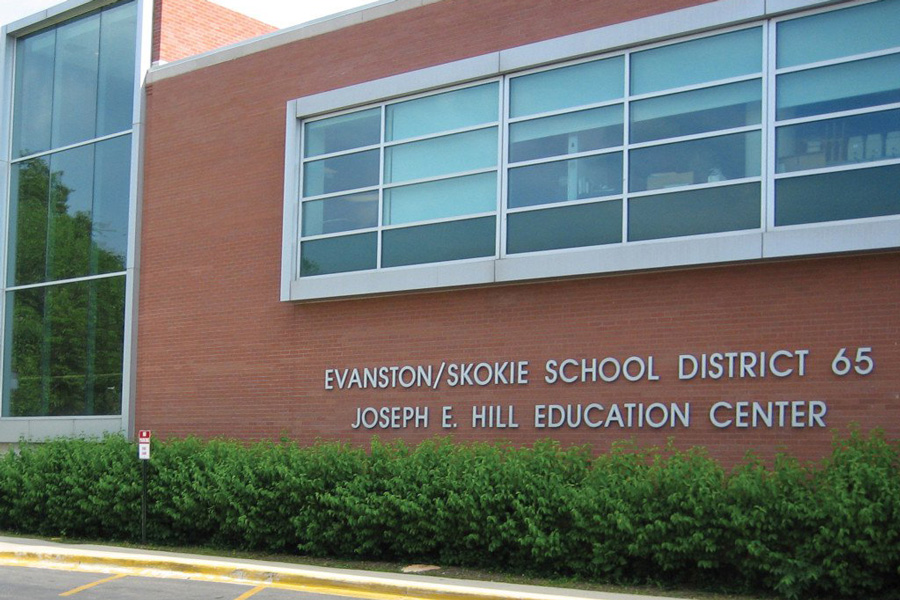 Evanston/Skokie District 65 school board members are developing procedures to help implement a policy passed in March that aims to better support transgender students.

The policy, approved at a March board meeting, broadly allows “students (to) be treated and supported in a manner consistent with their gender identity.” Board president Suni Kartha said to achieve that goal, the board is developing procedures to outline topics such as bathroom access, locker room access and use of preferred pronouns.

“As a district, we believe that children need to be included and embraced for who they are, and that includes based on their gender identity,” Kartha said.

The push for equity comes as the Evanston Township High School/District 202 board passed a policy May 1 that allows transgender students to use the locker room of their choice. The policy was passed by the board after months of deliberation and calls from ETHS community members to enact stronger protections for transgender students.

Kartha said she was glad ETHS had adopted a similar policy to District 65, and hopes to collaborate with District 202 to create and implement procedures.

Anya Tanyavutti, the District 65 board’s vice president, said the passing of the policy was “incredibly important” because of the board’s responsibility to protect the education of students from all backgrounds. She said a main force for the new policy was feedback the district received from stakeholders that their previous policy hadn’t “gone far enough.”

“I was really proud that we were able to connect with stakeholders in our community and as an institution take the responsibility to ensure that every child, regardless of their gender-expansive identity, has a learning environment that supports them,” Tanyavutti said.

The district previously handled these issues on a case-by-case basis, so the policy was designed to help to “codify” issues across the district, Kartha said. She also said the new policy was formed partially based on the national landscape surrounding transgender rights.

In February, President Donald Trump’s administration rescinded federal protections put in place by former President Barack Obama. The protections allowed transgender students to use the bathroom and locker room that align with their gender identity. In a two-page “Dear Colleague” letter, the Trump administration said previous guidelines did not “contain extensive legal analysis” or “undergo any formal public process.”

District 65 praised its policy in a news release, emphasizing its commitment to maintaining an inclusive school community. The release said the policy will help the district continue to meet its students’ needs.

In the future, Tanyavutti said, she hopes to see the district continue moving with a sense of urgency in its fight for equity. She said she wanted the district to pursue data on equity and to engage stakeholders about their experiences.

“We are better together, and we are better because of — not despite of — the many differences in our identities and ways of being in the world,” Tanyavutti said. “Our institution will be better, and we collectively as a community will be better, when we make space for everyone to bring their best to the table.”