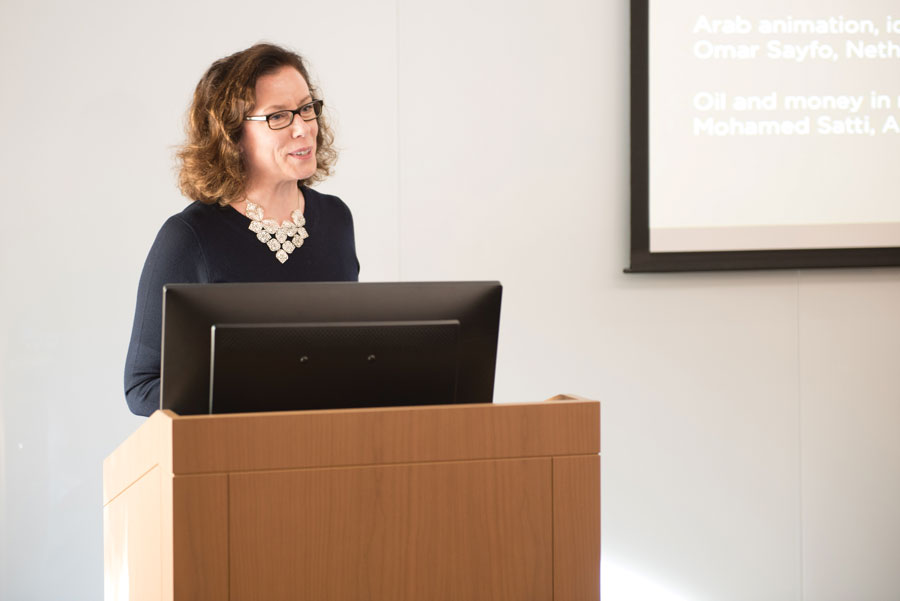 Northwestern University in Qatar is scheduled to open the country’s first digital museum in fall 2018, the museum’s director said at a presentation Thursday.

The museum, called The Media Majlis, will focus on media, journalism and communication. Pamela Erskine-Loftus, director of the museum, spoke about the museum’s planning process, purpose and upcoming exhibitions to about 15 people in Kresge Hall. The museum will be located at NU-Q on the ground floor of a new media and communication building, which was dedicated in early May.

The museum will open its first exhibition to explore the portrayal of identity in film, animation and video games from the 1870s until today, Erskine-Loftus said during the presentation.

“We have this idea of a 360-degree look at each particular subject,” Erskine-Loftus said. “If we really want to explore and discuss with audiences, not to audiences, then we have to realize that these stories we’re exploring are going to have an awful lot of different components to them.”

From the beginning, the idea for the museum has been to integrate NU-Q with Qatari locals, Erskine-Loftus said.

The museum’s design will involve interactive screens attached to a metal grid structure, she said. The screens will showcase students’ work and faculty members’ research from NU-Q, and some Evanston students’ work as well, Erskine-Loftus said.

The museum will also have a publication and a website to enhance audience engagement, she said.

Erin Libby, manager of the NU-Q Support Office in Evanston, organized Erskine-Loftus’ presentation as the final event of an annual, week-long visit of NU-Q students and faculty to the Evanston campus.

“(The visit) is a way to get information to the Evanston community about the things we’re working on in Qatar,” Libby told The Daily. “Some students here are kind of familiar with the Qatar campus, but some hardly know anything about it, so this week is a good way to integrate the two campuses.”

Everette Dennis, dean of NU-Q and a member of the visiting group, told The Daily that technology can bring the museum’s exhibits to foreign audiences and make them accessible to students all over the word.

“There is a story to be told about the media,” Dennis told The Daily. “The crises in the Middle East have become a staple of journalism, but they are often not well understood and (are) stereotyped.”

Erskine-Loftus said the exhibition is meant to be a classroom, workshop and “inspiring space.”

“It’s not a passive space; people don’t just come to look,” she told The Daily. “We want people to question us, to challenge us. The museum allows us to engage with everyone else in Qatar in a way no other university in Education City does.”