The Daily Northwestern • May 11, 2017 • https://dailynorthwestern.com/2017/05/11/city/state-senate-passes-bill-allowing-state-funding-for-abortions/ 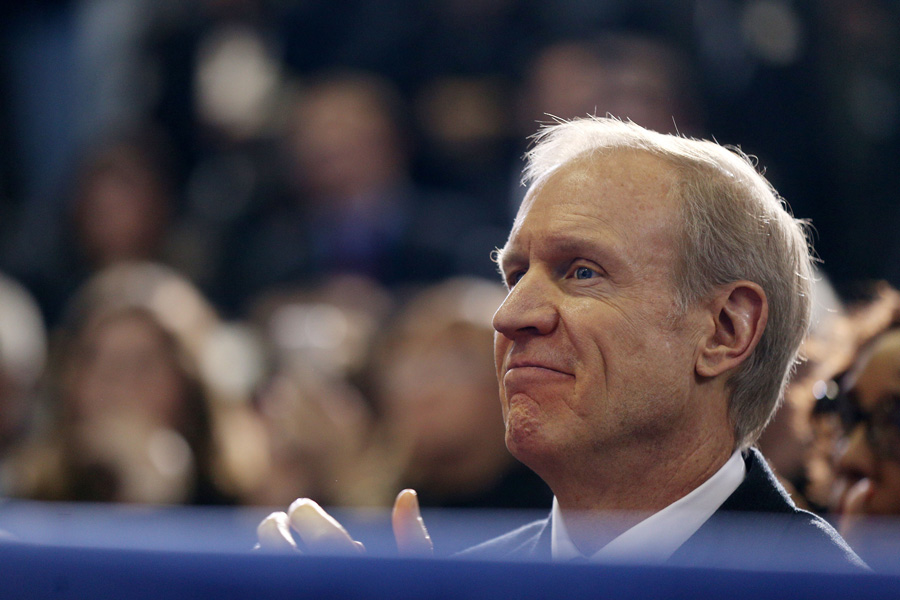 Gov. Bruce Rauner at an event in 2015. Rauner has pledged to veto a bill that would allow state funding to cover abortions and expand protections for the procedure.

A bill that would allow state funding to cover abortions and expand protections for the procedure passed the Illinois Senate on Wednesday by a 33-22 vote.

The bill previously passed the Illinois House on April 25. Republican Gov. Bruce Rauner has already pledged to veto the bill due to the “sharp divisions of opinion of taxpayer funding of abortion,” Rauner spokeswoman Eleni Demertzis told the Associated Press.

Rauner has previously supported legislation that expanded access to birth control. He has also pushed for legislation to require physicians who refuse to perform abortions to inform patients of alternative doctors.

In a 2014 questionnaire — released April 19 by abortion-rights advocacy Personal PAC — then-Republican nominee Rauner promised to support a law that would lift restrictions on Medicaid-covered abortions and reverse the trigger that would make abortions illegal in Illinois should the Supreme Court overturn Roe v. Wade, a decision that legalized abortion nationwide.

Rauner has declined multiple outlets’ requests to respond directly to the questionnaire.

The bill, introduced by Rep. Sara Feigenholtz (D-Chicago) earlier this year, would protect access to abortions in Illinois even if the Supreme Court overturned Roe v. Wade. The bill would also allow funding for state employees to have abortions and for Medicaid funds to be used to cover abortion procedures.

“The burden of giving millions of women in Illinois these fair and equal rights now rest squarely on the shoulders of Bruce Rauner,” Feigenholtz said in a statement. “After repeated threats from the White House and President Trump’s remarks to strip abortion rights away from women, this legislation was necessary to safeguard a woman’s right to make decisions that affect her personal health.”

State Sen. Daniel Biss (D-Evanston), who is running for governor, also voiced his support for the bill in a tweet on Wednesday afternoon: “Sitting on the floor of the Senate listening to men explain why women shouldn’t have reproductive freedom. Let’s pass #HB40 now!”