The Daily Northwestern • May 11, 2017 • https://dailynorthwestern.com/2017/05/11/campus/asg-president-discusses-changes-to-campus-alcohol-policy/ 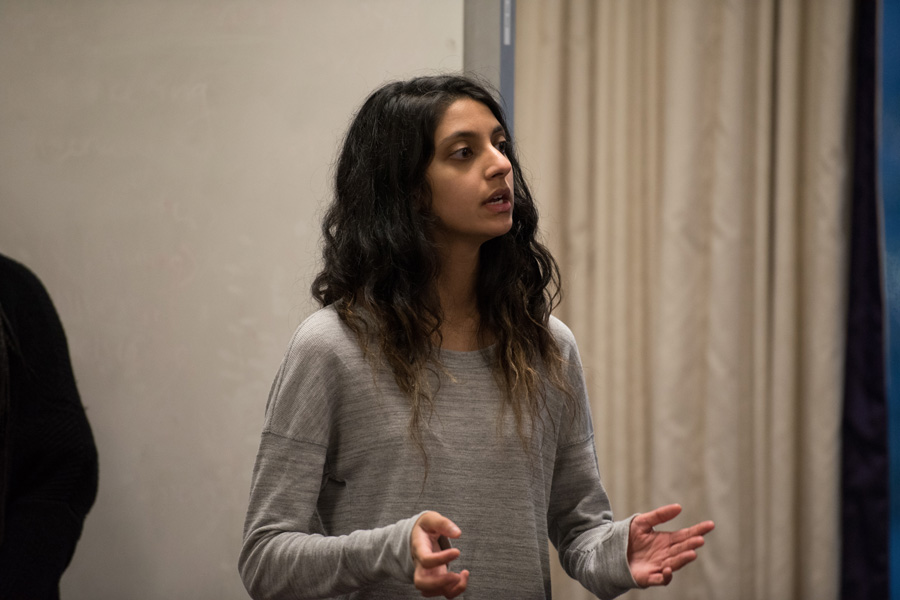 A policy on the Student Organizations and Activities website states that student groups can serve alcohol at events to students over the age of 21. The policy took effect in September 2016.

Former ASG president Christina Cilento said her understanding was that under previous alcohol policy, student groups could not serve alcohol at any event, even to students over the age of 21. But Mulukutla said the definitions of “wet” and “dry” campus aren’t always clear, adding that vice president for student affairs Patricia Telles-Irvin doesn’t use the terms to describe campus alcohol policy.

“This is a huge change,” Mulukutla told The Daily. “This is a big change from what we previously were.”

One of Mulukutla’s and executive vice president Rosalie Gambrah’s campaign focuses, according to their campaign website, was to end Northwestern’s dry campus policy. But both Mulukutla and Cilento said the current policy, which was not widely publicized, makes Northwestern a “wet campus” already.

Cilento told The Daily she didn’t know about the policy until a meeting with Telles-Irvin during Winter Quarter regarding allegations against the Sigma Alpha Epsilon fraternity and another unnamed fraternity.

“I was surprised,” Cilento said. “I don’t know of any student group who’s held an event on campus where there’s been alcohol.”

Mulukutla said she didn’t know about the policy until after she was sworn in as president in April. She said a town hall, scheduled for May 31, will give students an opportunity to contribute to the future of alcohol policy on campus.

The policy explains requirements for student groups planning events with alcohol. Telles-Irvin has to approve all events where alcohol would be present, and student groups have to adhere to risk management principles outlined in the policy.

Telles-Irvin did not immediately respond to a request for comment.
Though the policy was not publicized, Mulukutla said she didn’t think administrators were trying to hide the policy from students.

“My understanding was that it wasn’t something that they were hiding from students, like this is something that students should know but doesn’t apply to students en masse,” she said. “But it is a big change.”

Mulukutla said she wants to expand the wet campus policy going forward to include Greek life.

“We’re working towards registering all events for all students,” she said. “Having fraternity parties, mixers and formals and all of those things registered. It’s going to constitute a big change.”

She said she has already met with executive director of campus life Brent Turner and director of fraternity and sorority life Travis Martin, adding she plans to meet with dean of students Todd Adams on Thursday.

Adams did not respond to a request for comment by the time of publication.

During Wednesday’s Senate, Mulukutla discussed what she thought was the rationale for the changes.

“The idea is if you’re 21 and you want to consume alcohol there should be better avenues, more accessible avenues and safer avenues,” she said. “No matter who you are, if you are consuming alcohol you should be able to do it safely.”