The Daily Northwestern • May 4, 2017 • https://dailynorthwestern.com/2017/05/04/ae/rapper-kweku-collins-lands-lollapalooza-gig-within-2-years-of-graduating-eths/ 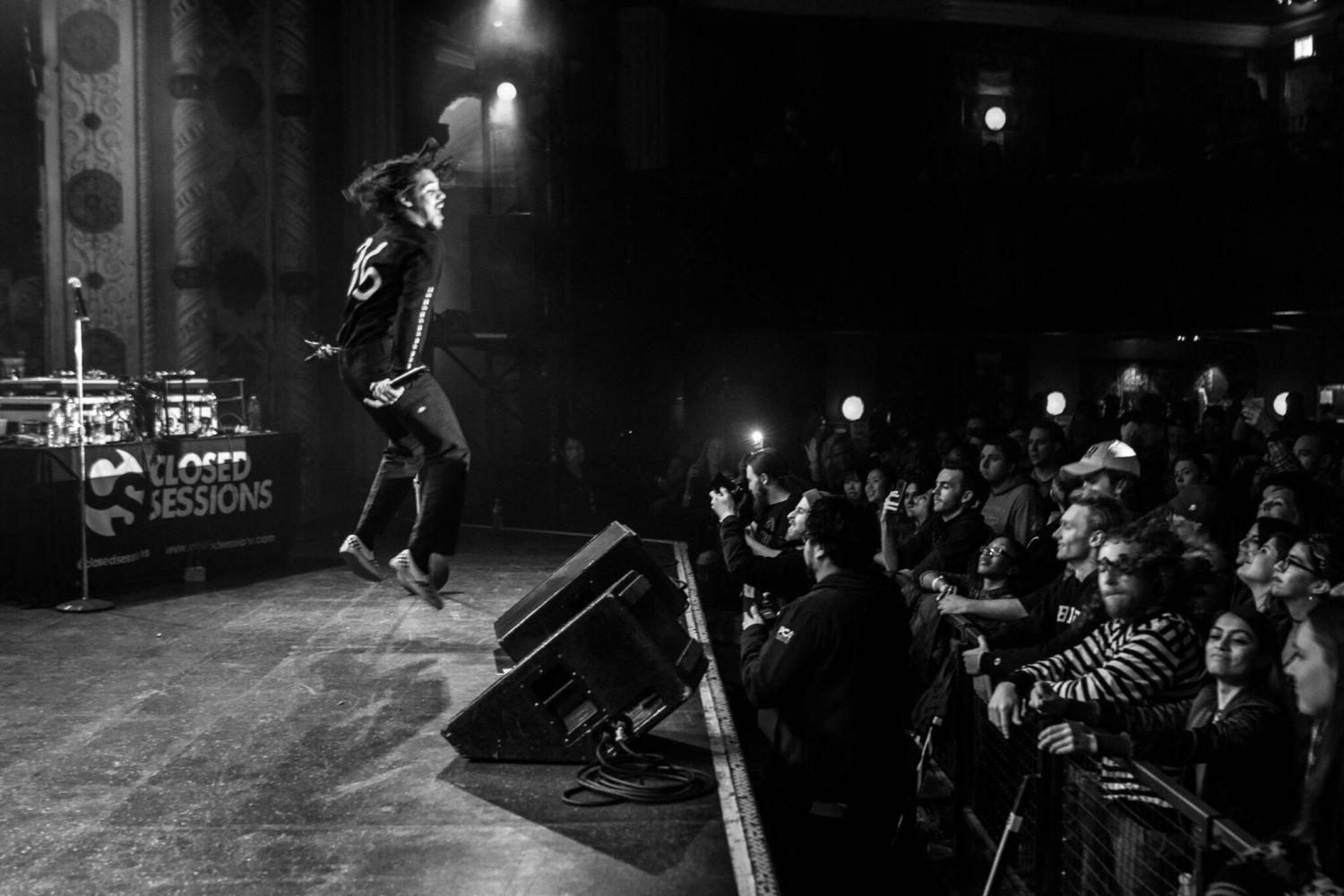 Hip-hop and rap artist Kweku Collins started rapping as a hobby when he was 9 years old, coming up with lyrics while making his bed in the morning before school. Eleven years later, he is on his way to stardom and will perform at Lollapalooza this summer.

Collins, who lives in Evanston and graduated from Evanston Township High School in 2015, said having a career as a musician was a “dream.” He didn’t get serious about rapping until high school, he said, when he began pursuing it as a career.

“When I was in high school I didn’t have real connections,” Collins said. “I would go onto blogs that I liked and comb through the contact pages and send emails to people that I thought would like the music … It was just emails for years.”

The ETHS graduate has since signed with Closed Sessions, a Chicago-based record label. Collins, a former member of his high school’s poetry team, writes and performs both the lyrics and vocals in his music. He said being involved with slam poetry helped him grow as a writer and lyricist, as being on the team was a great opportunity to teach, learn and get feedback.

Collins said he’s been influenced by artists such as Chance the Rapper, the Black Eyed Peas and Bob Marley. He also comes from a musical family: His father, a percussionist, played drums with Collins before he could even walk.

The young artist’s compositional process used to start out with drums, but Collins has since moved on to start with whatever aspect he sees fit — a melody, a lyric or just a riff on a guitar, he said.

“I can’t even act like there’s order to it,” Collins said.

Collins likes to rap about things that happen in his own life as well as things he observes around him, he said. He is very cautious when speaking about his opinions and does not aim to impress his beliefs on other people, he said.

Alex Fruchter, a manager at Closed Sessions, described Collins as an “authentic” person. Collins the artist and Collins the person, he said, are very much the same.

“He’s really creative and he has a unique voice that I think he’s still kind of finding,” Fruchter said. “It’s been great to watch him continue to step into his own. He’s a really caring person and just a really positive person all around.”

Ultimately, Fruchter said, everyone has their own story, and Collins is just “really good at telling his.”

“A lot of the best artists we have … are able to do something that a listener is able to connect with and understand with, but at the same time, be blown away with how they made it up,” he said. “Kweku’s music is super familiar, but at the same time it’s super unique.”

Aidan Sigel-Bruse, a producer also signed with Closed Sessions, said Collins was shy and quiet when they first met, but he is really just like any other 20-year-old person.

“Kweku is wise beyond his years at times,” Sigel-Bruse said. “He’s got a really good world view. He’s very smart and super bright and incredibly talented.”

Sigel-Bruse said he sees a younger version of himself in Collins, and that he has enjoyed watching him get comfortable in the studio over the past few years. Collins has started to make use of the resources around him, Sigel-Bruse added.

“His (early music) was recorded on a small microphone that he plugged into his computer,” Sigel-Bruse said. “But now, he’s in the studio learning how to run the equipment and manipulate it to his benefit.”

Collins doesn’t think he fits into the Chicago rap scene because he is from Evanston, he said. However, by doing the majority of his work in Chicago, he said he has been welcomed into the hip-hop scene. Collins described himself as a “long-term visitor” to the city.

His latest EP, “grey,” was released on April 28. In the months leading up to a release of any new product, Collins said he is a “wreck.” He has released more than 25 songs over the past few years.

“I get so stressed out and anxiety-ridden and I’m stressing over every little detail,” he said. “By the time I put out a new project, I have hated that project for at least a month. I’ve lived with it and I made it, so of course I’m going to be very critical.”

Earlier this year, Collins traveled to and performed in Europe. Appearing on the Lollapalooza lineup is a huge achievement for Collins — he said it means a lot to him because it’s one of the biggest music festivals in the country.

Sigel-Bruse will perform alongside Collins at Lollapalooza as his DJ. He said he feels very optimistic about Collins’ career trajectory.

“He’s put in a bunch of groundwork on his own time when he was in high school,” Sigel-Bruse said, “and he’s gone through the roof. He’s going to be a successful musician for sure.”

For as hard as he works, Collins said, it can be gratifying to receive positive feedback. However, he said he doesn’t like to get caught up in the “congratulations.”

“I don’t like to pat myself on the back ever about stuff,” Collins said. “I always think that there’s more to do and higher to go.”