The Daily Northwestern • May 3, 2017 • https://dailynorthwestern.com/2017/05/03/city/bobkiewicz-named-finalist-for-tacoma-city-manager/ 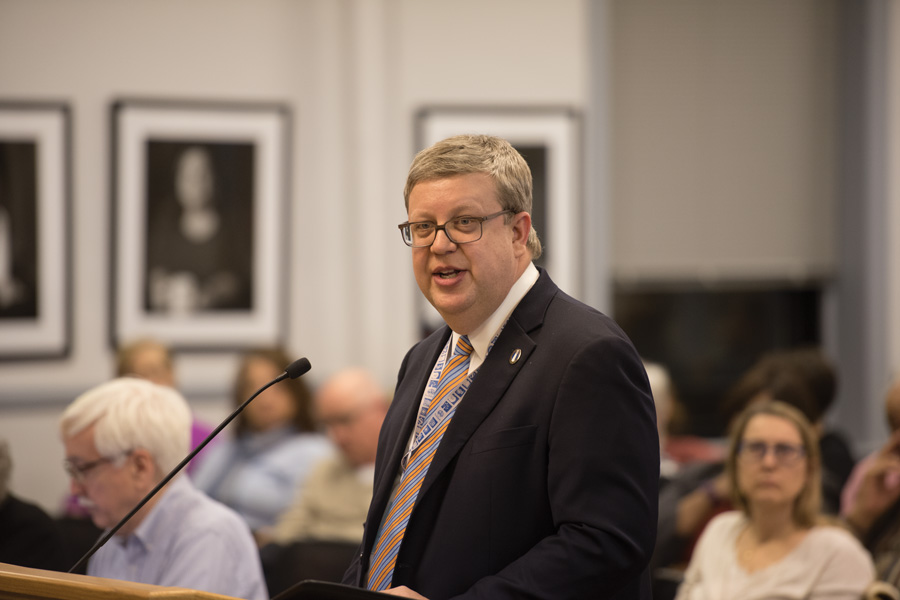 City manager Wally Bobkiewicz was named a finalist for the same position in Tacoma, Washington, according to a Tuesday news release.

The city, which has a population of more than 200,000, has been looking for a replacement since February, when its manager left for another position. Bobkiewicz has been Evanston’s city manager since 2009 after spending seven years in a similar position in Santa Paula, California.

In 2009, Mayor Elizabeth Tisdahl told The Daily that Bobkiewicz was “everyone’s first choice” out of the applicants for city manager. She added that Bobkiewicz is “fun to work with” and sends every employee a birthday card — a “considerable effort.”

Almost immediately, Bobkiewicz set about modernizing the city’s outdated methods of communication; he spearheaded a “City of Evanston blog” along with Facebook, Twitter and a YouTube channel.

“I want to make sure that any resident of Evanston, be they 16-years-old or 86-years-old, can get the information that they need,” Bobkiewicz told The Daily in 2009. “So we as a city government need to be flexible in providing that information in all the varieties of ways people look for to get that information.”

The four Tacoma city manager finalists — who all have city management experience and hail from across the country — will be interviewed by City Council and the city’s Executive Leadership Team on May 11 and May 12.

Tacoma community members will also have the chance to meet the finalists during a public forum. The news release did not say when Tacoma would make its final decision.