Board finds Holmes in violation of city ethics code 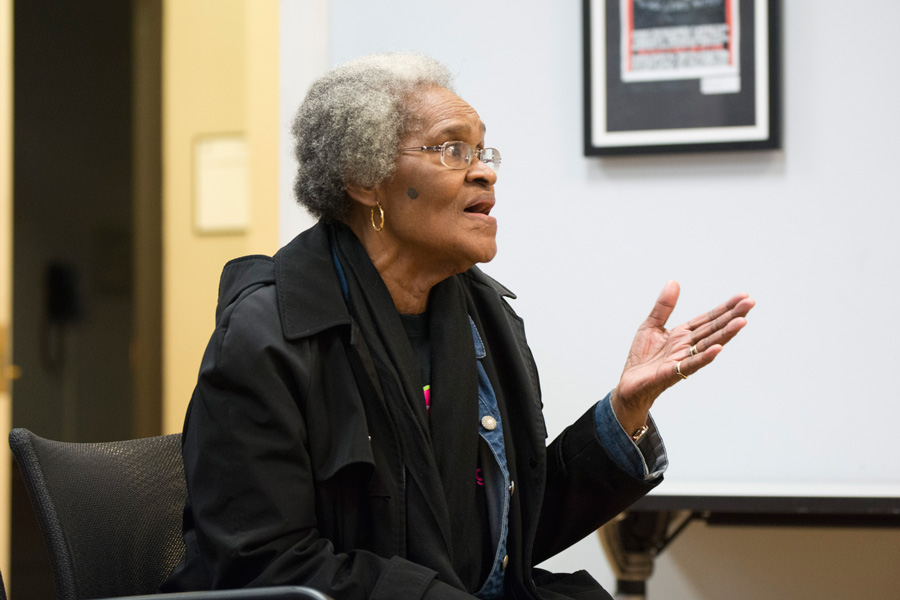 Ald. Delores Holmes (5th) speaks at a Board of Ethics meeting on Tuesday. The board found that Holmes had violated parts of Evanston’s Code of Ethics.

Ald. Delores Holmes (5th) violated sections of the Evanston ethics code, the Board of Ethics decided at a meeting Tuesday.

Holmes had been the subject of a series of ethics complaints submitted by residents over the past month, all related to the April municipal election. The Board of Ethics began discussing the complaints at its previous meeting on April 17 when it decided on some of the issues and deferred judgment on others.

Misty Witenberg, a 5th Ward resident who ran for alderman, lodged a complaint against Holmes on March 23. She told the board in April that she had emailed Holmes and Mayor Elizabeth Tisdahl in January about concerns she had with campaign activities. She said at the time she wanted to sort out the issues privately, but discovered Holmes had forwarded the emails to the campaign manager of one of Witenberg’s opponents.

The board concluded that in forwarding the emails, Holmes had violated a section of the Code of Ethics that mandates city officials conduct their business in an impartial manner, without showing favoritism.

“Ald. Holmes acted in a manner that showed a lack of impartiality,” said board member Karena Bierman, who presented the board’s findings at the end of the meeting. “(She utilized) information obtained in the course of her official duties as an elected official to potentially benefit the campaign of a candidate that she had endorsed.”

The board also reiterated complaints lodged against Holmes by 5th Ward residents Betty Ester, Madelyn Ducre and Carolyn Murray in which they addressed Holmes’ use of a city email account to announce her endorsement of 5th Ward alderman-elect Robin Rue Simmons in February. At the April meeting, Holmes claimed she did not intend to send the endorsement through her official email.

Holmes said in April the city had switched its email accounts from Microsoft Outlook to Gmail in January. She said she had been accustomed to Outlook and was confused by the new system. Holmes said she went to the city’s IT department for help to compile a contact list and send the email.

Holmes said in April she did not realize the endorsement had been sent out to “everyone (she’d) ever sent an email to” — an email list that encompasses roughly 2,600 people — until Ald. Ann Rainey (8th), who had also received the email, alerted her of the fact.

The board on Tuesday reiterated its decision that endorsing candidates though a city email constitutes an ethics violation. Bierman said in April that the complaint about Holmes will be covered in an advisory opinion to City Council and addressed in upcoming staff training.

Michelle Masoncup, Evanston’s deputy city attorney, said the board’s findings would be compiled into a formal document that will be presented at its next meeting on May 16. She said the findings will be recorded and may be referred to if future complaints or investigations are lodged.

“The board is not seeking any type of sanctions or penalties against the individuals,” Masoncup said. “This is an advisory opinion that will be issued and provided to the respondent and to the mayor, so it will guide future decisions and actions.”

At the end of the meeting, the board voted to appoint Kelda Harris-Harty as its new chair.