The Daily Northwestern • May 1, 2017 • https://dailynorthwestern.com/2017/05/01/campus/medill-to-not-reapply-for-accreditation-from-national-journalism-council/

Medill to not reapply for accreditation from national journalism council 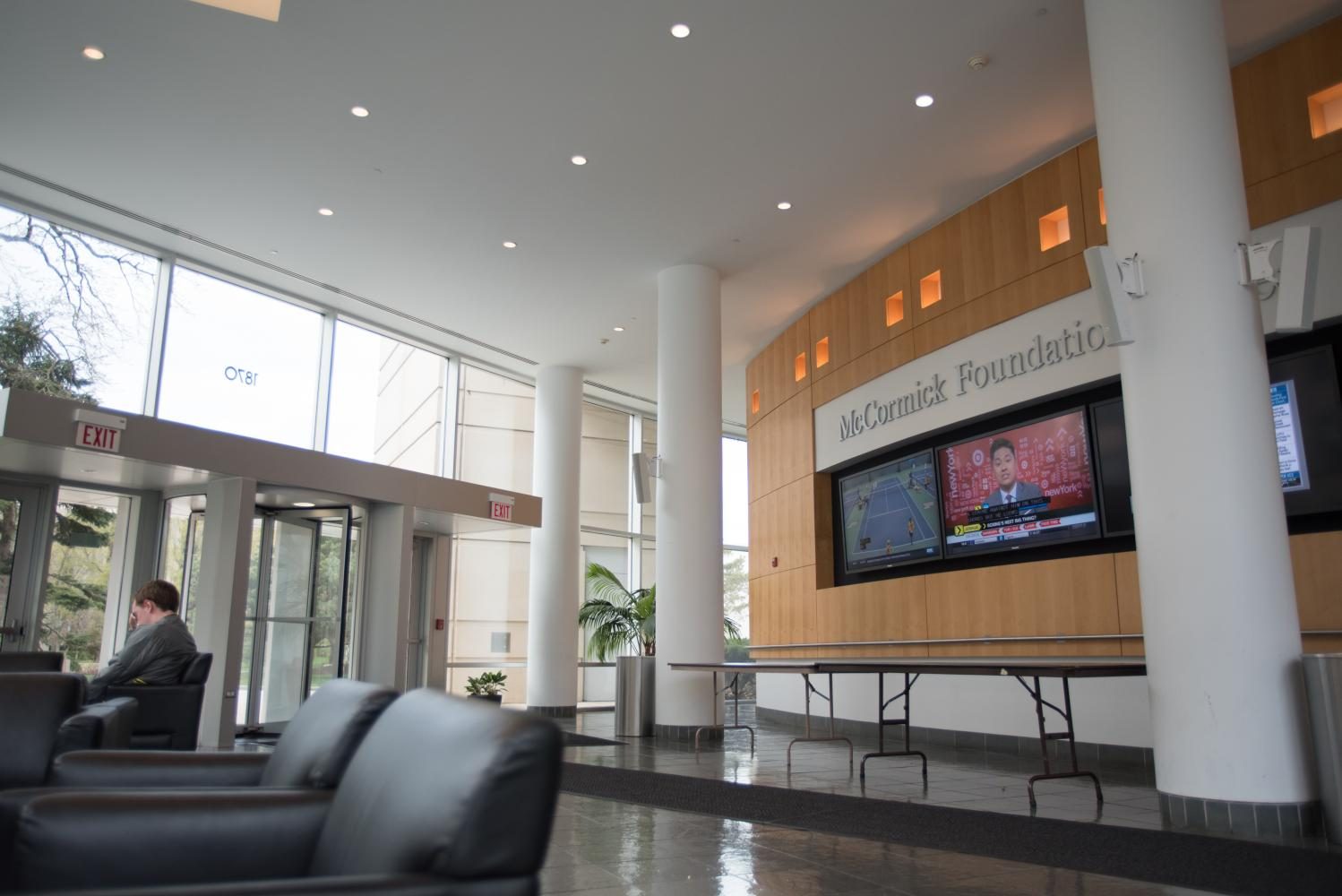 The McCormick Foundation Center lobby. The Medill School of Journalism will no longer be reviewed by the Accrediting Council on Education in Journalism and Mass Communications.

The Medill School of Journalism, Media, Integrated Marketing Communications is not reapplying for accreditation under the Accrediting Council on Education in Journalism and Mass Communications, an international organization that evaluates journalism programs in colleges and universities.

Medill Dean Brad Hamm told The Daily the school’s administrators no longer agreed with the terms imposed by the accrediting organization. Hamm said in a statement that the move was motivated by concerns regarding ACEJMC’s leadership, transparency, and the strength and expediency of its review process. The University of California, Berkeley also decided to not reapply for accreditation this year, Hamm said.

“By not continuing to be a part of this group, we’re saying that we’re very hopeful that all schools have a better model going forward because we have a great interest in all of journalism education,” Hamm said.

Accreditation terms, Hamm said, run six years. Instead of being reviewed by the ACEJMC, Medill will conduct a self-study beginning in July and will bring in “national leaders in our field” who will examine the school.

Northwestern as a whole is still accredited by the Higher Learning Commission, which according to the University’s website is one of six regional accreditors in the U.S.

The ACEJMC’s accrediting council is made up by media professionals and educators. In an email to The Daily, Hamm said it usually takes 18 months to complete the evaluation, time he said could be “better invested in our students, our signature programs on five campuses, our research and creative activity, and our partnerships with leading organizations in the U.S. and around the world.”

“The review process takes an enormous amount of time and we want it to be focused on major goals and high standards,” Hamm told The Daily. “The current model of accreditation is fairly minimal. In other words, for a tremendous amount of work, Medill doesn’t move one inch forward.”

In an email to The Daily, ACEJMC executive director Susanne Shaw said Medill announced its decision to not apply for accreditation last summer.

“Accreditation is voluntary,” she said in the email. “No one at Northwestern told me why the decision was made to withdraw.”

Members of the council must pay a fee to be represented, and Hopgood said organizations representing minority journalists usually can’t front the costs. For some years, these positions were paid for by a grant, but that grant seems to have run out, she said.

This, she said, is worrisome, because minority journalists must be represented in these kind of organizations.

“It’s an imperative that we look … nationwide that journalism schools and communication schools are diversifying their faculty, their enrollment, their support for students on campus of different diverse backgrounds,” Hopgood said.