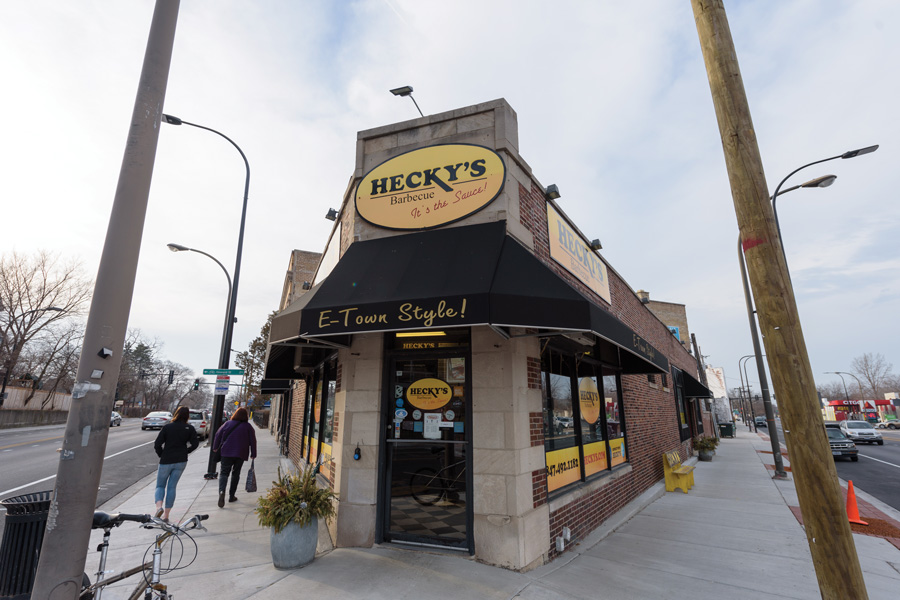 Northwestern Dining is collaborating with restaurant Hecky’s Barbecue, 1902 Green Bay Rd., to bring pulled pork, macaroni and cheese and other dishes to Foster-Walker Complex on Friday.

The barbecue joint has been in Evanston for more than 30 years, owner Hecky Powell said. NU started serving Hecky’s barbecue sauce in the dining halls in November 2016, NU Dining’s director of marketing Sara Chapperon said. The sauce is the cornerstone of the Hecky’s business — its catchphrase is “It’s the sauce.”

“Northwestern is a premier school and that’s why they need some premier sauce,” Powell said.

Chapperon said NU Dining has worked to bring Hecky’s to Plex since February. WGN Chicago’s Best rated Hecky’s as one of the best barbecue joints in Chicago, according to its website.

Powell said he knew his mother, who was born in New Orleans, had creole recipes, so the two teamed up to create recipes for the restaurant. Powell, who was born and raised in Evanston, said he bought the business from his mentor.

“I don’t even know how to spell Chicago,” Powell joked, referencing the years he has been an Evanston resident.

Powell said he and his restaurant have been involved with the NU community before, as they used to feed the NU football team — even coach Pat Fitzgerald. Powell said he hoped to make an impact on the Evanston community by employing youth from lower-income areas and “instilling a strong work ethic” in them.

Chapperon said the initiative is in response to student requests, and said this plan brings more of a “perceived value” to meal plans.

Weinberg sophomore Saihej Basra said he eats at Plex at least twice a day and plans to try Hecky’s on Friday.

“It’s good because it gets bland eating the same thing everyday,” Basra said.

Powell said the restaurant started preparing the food Wednesday night, and will start cooking at 5 a.m. on Friday. He will then transport it to campus in time for lunch at Plex, which begins at 11 a.m.

“We’re going all out for this one,” Chapperon said.