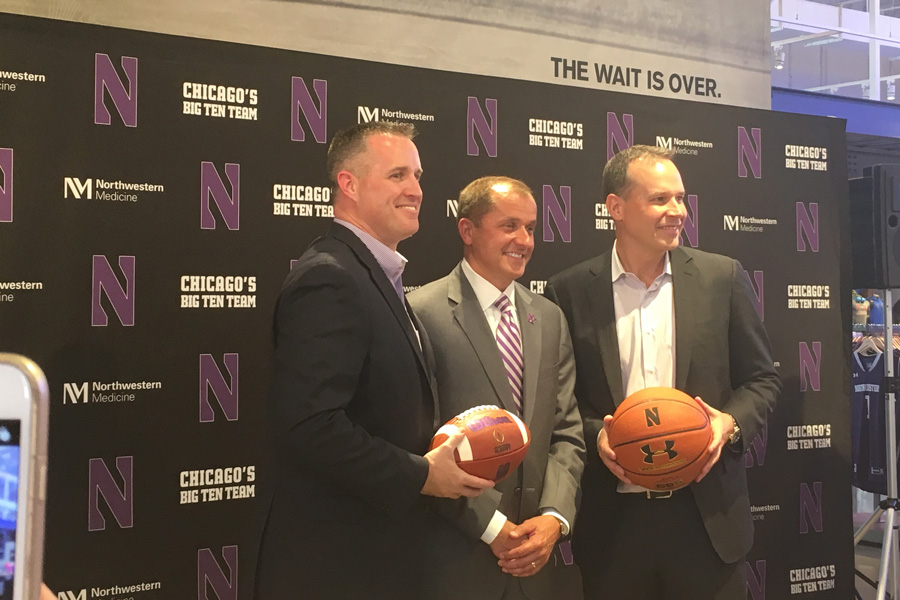 Fitzgerald will be under contract through 2026, while Collins’ extension runs through the 2024-25 season, though no salary figures were released. Athletic director Jim Phillips said both contracts have buyout options but are mutually binding, and there would be financial consequences for either side to exit the deal prematurely.

Both had been in talks with Phillips about extensions for months, meeting regularly throughout the course of their most recent seasons. The two separately settled details about the money and length of their contracts and discussed their own individual visions. But when it came time to formally announce their respective extensions, they did so together.

“On many campuses they are separative and sometimes competitive entities who simply do not get along,” Phillips said of football and basketball at a news conference Tuesday. “There is a remarkable commonality among the three of us that contributes to an exceptional working relationship reflected here today: mutual respect and admiration, shared values, similar family structure, common roots.”

Both were due for extensions after accomplishing notable feats — back-to-back winning Big Ten seasons for Fitzgerald and a first-ever NCAA Tournament appearance for Collins — along the way.

The announcement follows a period of possible uncertainty about the future of Collins’ coaching career, as Duke coach Mike Krzyzewski, for whom Collins played and later served as an assistant, is speculated to be nearing retirement. Collins has long been considered a potential replacement.

For Fitzgerald, it further secures his status in Evanston after 11 seasons in the post. Though he has never publicly expressed interest in leaving, the new deal cements him as the Wildcats’ leader for another decade. Fitzgerald said he expects to lead his program to greater heights and win championships under his lead.

“The University sees that they’re getting the commitment back from the athletic department,” Fitzgerald said. “We’re going to embrace what the University stands for even though we’re working our butts off to compete for championships consistently.”

For NU, the extensions jointly stabilize its two flagship teams, Phillips said. The longer deals will likely aid recruiting and are another element in the continued commitment to athletics, he said.

He mentioned on multiple occasions the University’s increased spending on athletics, which previously revolved around facilities — such as the football facility under construction on the lakefront, and the renovation of Welsh-Ryan Arena — but now includes coaches as well.

“This place has changed,” Phillips said. “We’ve had an investment in both of these programs. I’m not sure anyone’s doing over $400 million in facilities for their student athletes. … That’s an important part of this thing.”

In addition to extended commitment to Fitzgerald and Collins, the updated contracts reflect their accomplishments, Phillips said. Both coaches have led their programs to unparalleled heights and will now make the money they deserve, he said.

The athletic director said he wanted to show his commitment to the coaches in several ways. He described addressing their contract situations proactively, stabilizing their home lives as their children grow and giving them salaries commensurate with their accomplishments.

The coaches said they were equally tied to Northwestern.

“Publicly it shows that Pat and I are committed to being here. I don’t think anything in our actions or anything we’ve said has said any different,” Collins said. “We have a lot of work to do. It’s a great commitment.”