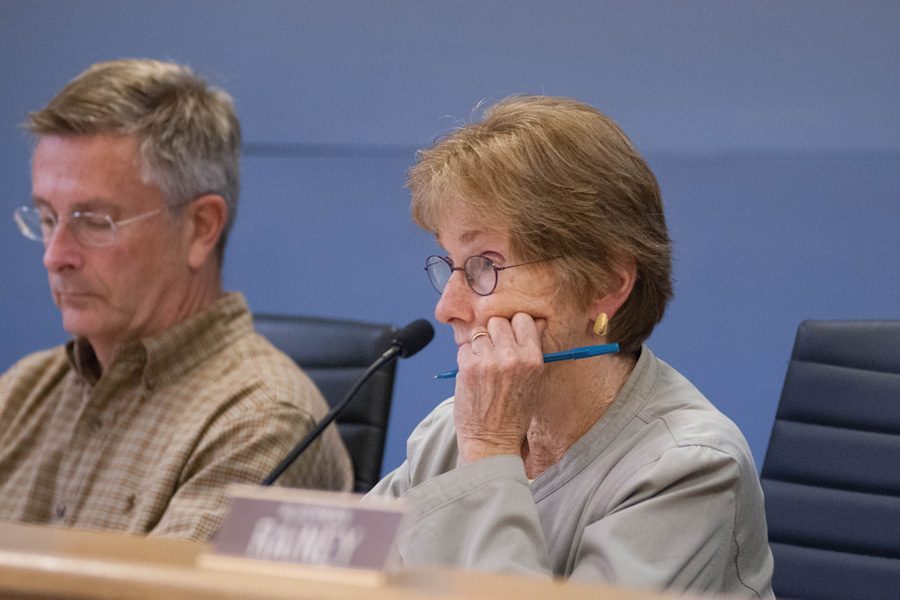 Trump’s proposed budget would take away funds from environmental and human service programs and instead raise military spending, which would comprise more than 60 percent of federal spending, according to the resolution.

The resolution, introduced by Mayor Elizabeth Tisdahl and Ald. Eleanor Revelle (7th), says fractions of the military budget could instead be used to provide funding for education, clean energy and infrastructure improvements.

Andrea Versenyi, an Evanston resident, said she has discussed the resolution with other residents over the past few weeks and that everyone she spoke with agreed that “a clean environment, a strong healthcare system and robust diplomacy are as or more important than a bloated military.”

Versenyi presented a petition that she said was signed by 224 people asking officials to approve the resolution. She added that although some might argue the resolution is purely symbolic and will be ignored by federal officials, it is important for the city to express its values.

“In these unpredictable times, I believe we as a community have the same right, privilege and responsibility to lift our collective voice, express our communal values and urge our representatives to act accordingly,” Versenyi said.

According to council documents, the resolution will be be sent to federal officials, including Trump, Senate Majority Leader Mitch McConnell (R-Ky.), House Speaker Paul Ryan (R-Wis.) and members of Congress representing Evanston.

According to council documents, several other communities around the country have approved similar resolutions, including New Haven, Connecticut; Charlottesville, Virginia; and Montgomery County, Maryland.

Revelle agreed with Versenyi and said Trump’s proposed budget would affect Evanston by taking away funding for community development programs and those that support clean air and clean water initiatives.

“This is a resolution that will put Evanston on record as calling for a federal budget that supports people and the planet,” Revelle said. “It’s a valuable effort for us to put our voice along with those of other citizens around the country.”

A plan introduced to aldermen Monday would set up a city program to support Evanston property owners who want to replace lead water service lines.

The city would provide loans for residents to replace lines that run from their property to a service valve. The city would cover the cost of replacing the connecting water mains.

In the past, Evanston residents had been able to replace their lead water service lines but had to bear the full brunt of the replacement cost, city manager Wally Bobkiewicz told The Daily.

This new program attempts to ease the cost of replacing such lines for residents, he added.

Two requests for lead water service line replacements are already scheduled for 2017, according to council documents.

Loans will have a one-time $50 service fee and will not exceed $4,800. They will show up as a $200 charge on the property owner’s bimonthly city water utility bill, and property owners will be able to pay back loans over a 48-month period, according to council documents.

Oak Park has a similar program, as do various other communities around the country, according to council documents.

Aldermen also approved the purchase and installation of a new Divvy station and 10 bicycles near the intersection of Dempster Street and Chicago Avenue.

The city will launch Divvy 4 Every Evanstonian, a membership subsidy program that aims to make the bikes more affordable and accessible to qualifying residents.