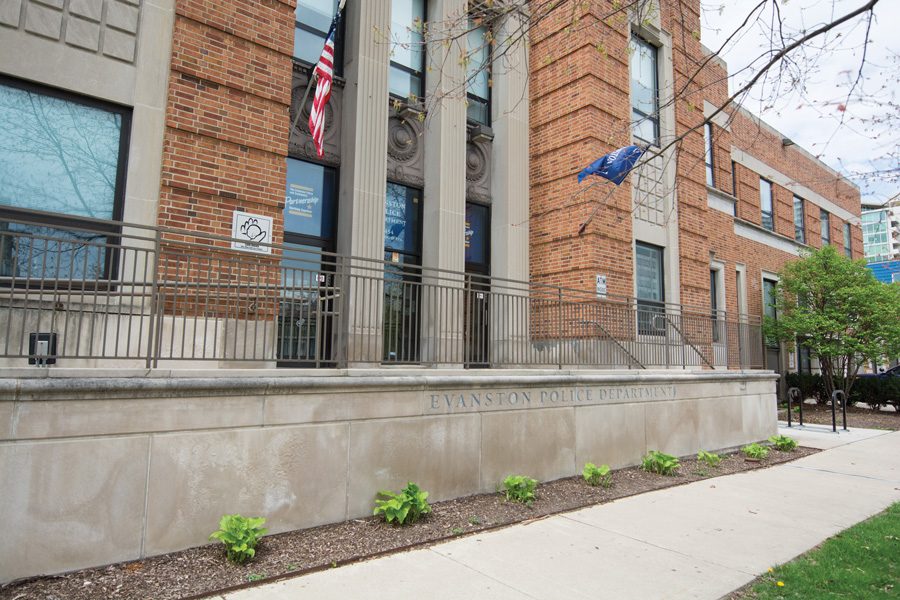 Although gun violence in Evanston dipped slightly this past fall and winter compared to the same time period stretching from 2015 into 2016, local leaders say there is still plenty of work to be done to prevent further shootings.

“We don’t have any magic bullet for how we stop it now,” said Nina Kavin, co-founder of “Dear Evanston,” a social media campaign that seeks to raise awareness of local youth violence. “But I do think there are long-term solutions.”

Evanston saw no homicides resulting from gun violence from September 2016 to February 2017, a drop from two fatal shootings in the same period from 2015 to 2016, according to Evanston Police Department statistics. Two people were injured from shootings from September 2016 to February 2017, while five people were shot and injured during that period in 2015 and 2016, Evanston police Cmdr. Joseph Dugan said.

Additionally, EPD saw a reduction in shots fired reports. The department received 89 reports of shots fired from September 2015 to February 2016, and only 60 reports from the same period in 2016 and 2017, Dugan said.

Dugan said EPD implemented a two-part violence reduction strategy in 2015 that continues to work toward addressing gun violence in the city. The first part of that strategy involves detectives going into neighborhoods, recovering firearms and identifying other risk factors, Dugan said.

The second part of the strategy features community outreach and officers speaking with residents, Dugan said.

“They go door-to-door, to places of worship, parks and community meetings and talk to residents on an informal basis,” he said. “People feel more free to talk and share what’s going on in the community, what problems they are having, who is involved.”

EPD officers have also continued other outreach programs, Dugan said, pointing to the Officer and Gentlemen Academy — an initiative that began last month in which EPD officers mentor male students who are black and attend Nichols Middle School. Dugan added that these programs can help address issues of violence among local youth.

Another ongoing outreach program is Project Bridge, a collaboration between EPD and the James B. Moran Center for Youth Advocacy. The program, which started last month, includes EPD officers meeting with teenagers in the city to discuss issues and build trust, said Patrick Keenan-Devlin, executive director of the Moran Center.

Keenan-Devlin said the Moran Center provides legal and social support to low-income youth and their families in Evanston by helping them find support in school.

Dugan also pointed to the city’s gun buyback program as an effective method to remove guns from the street. In the past, Dugan said residents could only turn in guns a few times each year, but now residents can call EPD at any time and have an officer collect their unwanted firearms in exchange for a $100 voucher.

During the past few years, Mayor Elizabeth Tisdahl said she joined Kevin Brown — the city’s youth and young adult program manager — and his team on numerous weekend nights to talk with young men on the streets about their needs.

“Everyone has told me jobs are the biggest issue,” Tisdahl said.

She pointed to the Mayor’s Summer Youth Employment Program as an example of a city program that works to prevent violence. Tisdahl said the program grew from offering just 167 jobs when she first took office in 2009 to more than 800 jobs today.

“Kids (with jobs) are much less likely to be caught up in the criminal justice system,” Tisdahl said.

Nevertheless, Kavin said the city must do more to address factors that lead to gun violence.

Kavin said “Dear Evanston” brings together different local voices to discuss issues that contribute to gun violence, such as racism, achievement gaps in schools and discrimination. She said she thinks there are long-term solutions to the issue of gun violence that the city is committed to working toward.

“Some within our community suffer from ongoing trauma, little access to mental health care, poverty, a lack of education, little or no meaningful employment and a sense of hopelessness,” Kavin said. “So the city needs to address these issues, working together with the many nonprofit organizations that do this work every day.”

Emeric Mazibuko, street outreach case manager at Youth & Opportunity United, said he works with Evanston youth who often have been impacted by gun violence. Mazibuko said the Evanston community needs to rethink how it discusses gun violence — especially when it involves youth.

He added that gun violence affects both survivors and their families and friends, who often face emotional and psychological trauma long after the initial incidents.

Mazibuko said after the death of Dajae Coleman — a 14-year-old freshman at Evanston Township High School who was shot and killed in 2012 — various community meetings were held to discuss gun violence and possible solutions.

However, when numerous other young men were shot and killed in Evanston in the years that followed, some residents dismissed those victims as “gang-affiliated,” Mazibuko said. Casually discrediting some deaths because they are due to gang violence is problematic, he said.

“The way that we talk about gun violence makes it OK for some people to go to sleep at night because it creates a separation … that those kids got what was coming to them,” Mazibuko said.