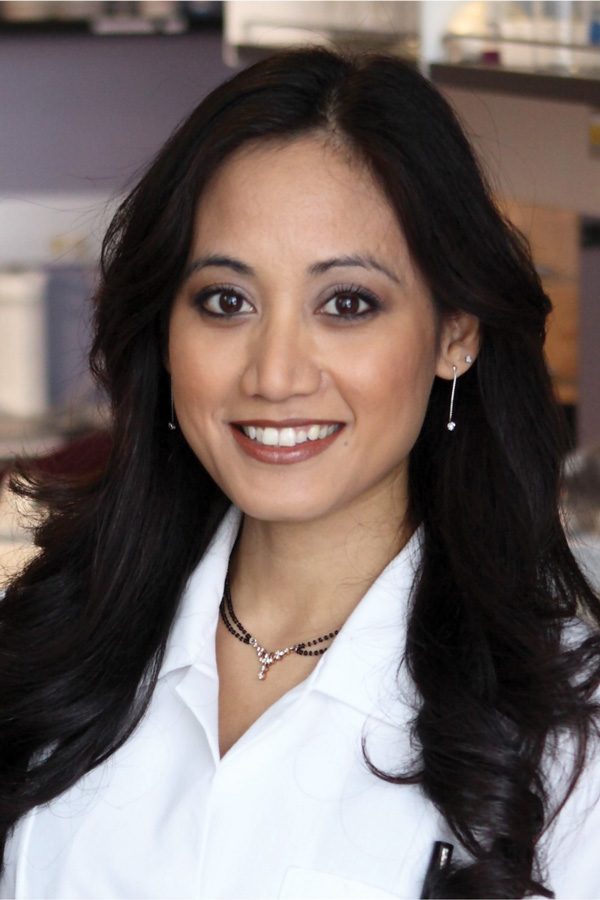 McCormick Prof. Ramille Shah has developed a 3D-printing method using simulants of lunar and martian dust, which could be used for planet colonization.

Shah said she has been working with her Tissue Engineering and Additive Manufacturing Laboratory to develop a 3D-painting process using materials that can easily be found on planets and moons in preparation for planet colonization. For more than five years, the lab has been developing 3D-printing technology that allows it to print a variety of different types of materials with one 3D printer, Shah said. In the past, lab members have printed using biomaterials, graphene and metals, she said. They decided to test using lunar and martian dust simulants based on the senior thesis project of alumna Katie Koube (McCormick ’14), Shah said.

“In order to colonize or inhabit extraterrestrial places like the moon or Mars, people will need to be able to use the very limited resources that are available,” she said. “This 3D-printing ink technology and process allows the creation of functional objects from the dust found on the surface of these extraterrestrial bodies.”

Products of 3D inks made out of lunar or martian dust simulants are flexible, almost reminiscent of tires, Shah said. She said it is “fascinating” to see how bouncy the products are, despite their high particle loading.

The flexibility can be adjusted through methods such as heating, which will center the particles together and create more ceramic-like materials, Shah said. McCormick Prof. David Dunand said he is collaborating with Shah to fire the products to give them hard, ceramic-like properties, which can be used for building materials.

“You don’t want to be wasteful, like we are here on Earth … ,” he said. “(In space) every bit matters because ultimately there’s a lot of dust, but you’re limited in energy. When you fire bricks, it takes a lot of energy do that.”

Fourth-year graduate student Shannon Taylor, who works in Shah’s lab, said research for planet colonization is necessary because having a plan will be crucial in assuring its success when the time comes.

“We’re not there yet, but at the point we get there we can’t send people without all of this in place,” Taylor said. “We have to know exactly what we’re doing because it’s super expensive and ultimately human lives are at risk.”

Shah said the potential of the 3D-printing methods developed by her lab goes beyond creating products for just planet colonization. Her lab has managed to mix different types of inks together to create multi-functional objects that can be used on Earth as well, such as material that can be both electrically conducting and bone-regenerating, she said.

“It starts to really expand what we can do as far as materials development and discovering materials that have very new properties,” she said.