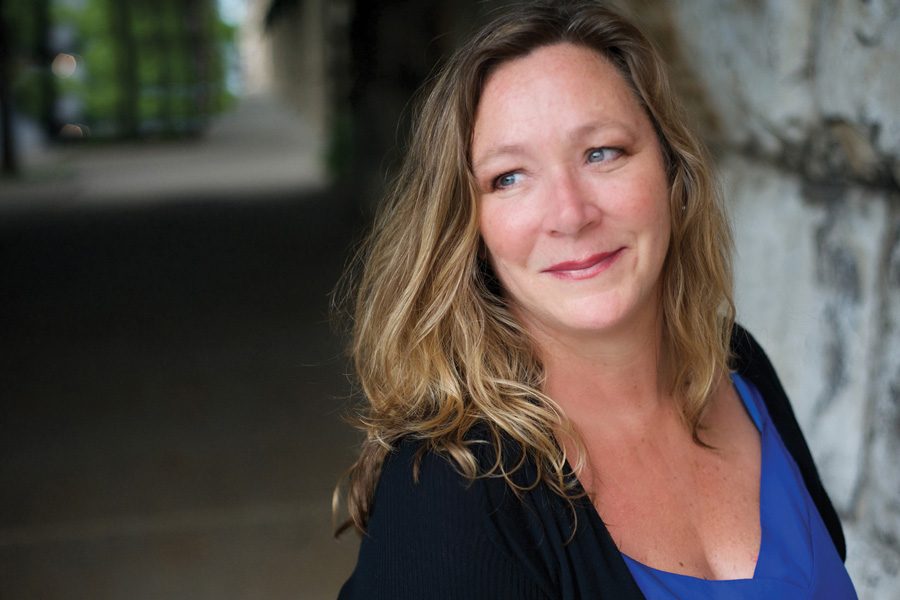 Stage actress Barbara Figgins (Communication ’85) performed the role of Ellie Porter, the wife of a dynastic Senator rumored to be a Satanist, at the Monday night preview of “Scapegoat; Or (Why The Devil Always Loved Us)” at the New Colony in Chicago. The Daily sat down with Figgins to discuss her role, working on a new play and the challenges of telling stories about religious freedom in a politically charged year.

The Daily: Tell us a little bit about your character, Ellie.

Figgins: She’s found herself with this job as a lobbyist for the United American Muslims coalition, which is making sure (refugees) are being treated well. … and it’s creating a different take on her life. Instead of working for her husband, she’s got a broader view of the greater good … With that comes the realization maybe (she) wasn’t the best parent. And (she) should try and help (her) children focus and live their lives. We’ve had our chance, and now it’s time.

The Daily: So Ellie’s doing a lot of reflection on not just her political career, or her husband’s, but her work as a mother, too?

Figgins: Ellie was a good mom but not a helicopter mom — she let her children be who they were and didn’t coddle them. At times that had some not-so-great consequences. It’s fun to see how it’s grown. It’s also the culminating moment for Ellie, when she takes control of who she is and says to her husband, you’re just gonna have to join along, and you’re either with me or against me, which has turned into a really beautiful moment in the play.

The Daily: The New Colony works exclusively with new pieces by playwrights. What was the rehearsal process like over the past few months?

Figgins: It’s really cool to be in the room and have some sort of influence. Some of the characters changed significantly through the process of the play. It’s been really fascinating to be in the room on that.

The Daily: How has “Scapegoat” run up against current political events, if at all?

Figgins: It’s hard to believe that (playwright) Connor (McNamara) started writing this play three years ago. There’s a section of the play that deals with a filibuster — and of course, the Senate (recently) voted to do an up-down vote for Supreme Court justices. It almost made it relevant. We all kind of had a laugh at that.

The Daily: What do you want theatergoers to think about when they come see “Scapegoat”?

Figgins: I hope people come to see this and take a moment to hear what the other side has to say. I hope this is a better way to dialogue what we’re all going through. Everyone thinks “my way or the highway” right now.