Elected officials endorsing candidates not an ethics violation, board finds 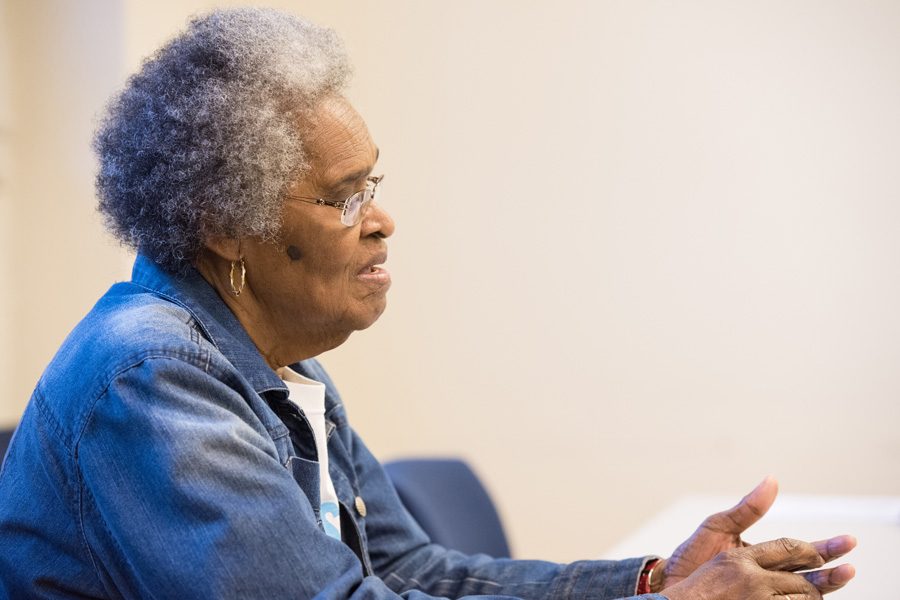 Ald. Delores Holmes (5th) speaks at a Board of Ethics meeting on Tuesday. Holmes has been accused of ethics violations regarding her use of a city email account to send out a candidate endorsement.

Elected officials may endorse candidates running for office, the Evanston Board of Ethics decided at a Tuesday meeting.

The board discussed a series of complaints submitted by residents that pertained to the recent municipal elections at the meeting. The board came to decisions on some of the issues and deferred judgement on others to its next meeting on May 2.

All four officials named in the complaint endorsed Robin Rue Simmons, who won the race for 5th Ward alderman. Members of the Board of Ethics concluded that the endorsements did not constitute an ethics violation.

“There is no issue with an elected official endorsing a public candidate,” said Karena Bierman, a board member, who presented the board’s findings at the end of the meeting.

Ester’s complaint also addressed Holmes’ use of a city email account to announce her endorsement of Simmons in February. Holmes claimed at the meeting that she did not intend to send the endorsement through her official email.

In January, the city switched its email accounts from Microsoft Outlook to Gmail, Holmes said. She said she had been accustomed to Outlook and was confused by the new system. Holmes said she went to the city’s IT department for help to compile a contact list and send the email.

Holmes said she did not realize the endorsement had been sent out to “everyone (she’d) ever sent an email to” — an email list that encompasses roughly 2,600 people — until Ald. Ann Rainey (8th), who had also received the email, alerted her of the fact.

“She was sending things to people on my (email) list,” Rainey, who was in the audience, said. “The city screwed this up so badly, every alderman in town was having problems.”

The board ended up deciding that endorsing candidates though a city email constituted an ethics violation. Bierman said the complaint about Holmes will be covered in an advisory opinion to City Council and addressed in upcoming staff training.

Cases heard at Tuesday’s meeting were originally slated to be addressed at a meeting on March 21, before election day. However, the board failed to reach a quorum at the last scheduled meeting. On April 10, members of City Council confirmed the appointment of two new members to the board and reappointed another, filling outstanding open seats.

The board’s next meeting is scheduled for May 2.