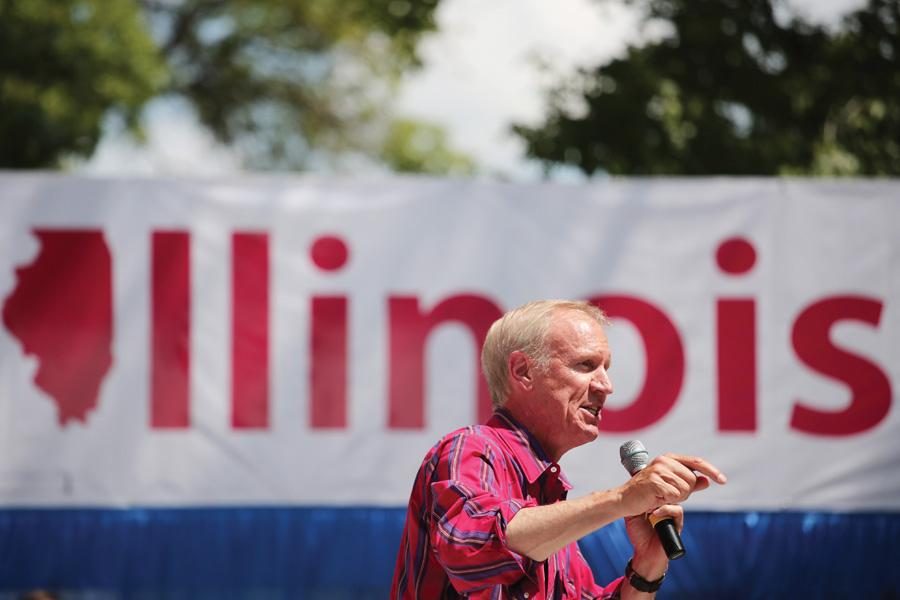 Illinois Gov. Bruce Rauner speaks in Springfield on Aug. 17. Rauner on Friday pledged to oppose legislation that would allow the state to cover abortions for its employees.

Gov. Bruce Rauner on Friday pledged to oppose legislation that would allow Illinois to cover abortions for state employees and Medicaid recipients.

The bill, introduced by Rep. Sara Feigenholtz (D-Chicago) earlier this year, would protect access to abortions in Illinois even if the Supreme Court overturned Roe v. Wade — a decision that legalized abortion nationwide. The bill would also allow funding for state employees to have abortions and for Medicaid funds to be used to cover abortion procedures.

“Governor Rauner is committed to protecting women’s reproductive rights under current Illinois law,” Eleni Demertzis, a Rauner spokeswoman, told the Associated Press. “However, recognizing the sharp divisions of opinion of taxpayer funding of abortion, he does not support (Feigenholtz’s bill).”

In the past, Rauner has affirmed his pro-abortion rights stance by signing legislation that expanded access to birth control and required physicians who refuse to perform abortions to inform patients of other doctors who will perform the procedure.

“Out-of-touch billionaires like Donald Trump and Bruce Rauner have done everything in their power to wage a war on women,” Biss, who is running against Rauner for governor, said in a news release. “Bruce Rauner lied on the campaign trail when he said he didn’t have a social agenda — on the contrary, he’s now supporting President Trump’s dangerous efforts to take Illinois women back to the dangerous days before Roe v. Wade was the law of the land.”

“Representative Feigenholtz’s legislation simply affirms something that women in Illinois already know: that the legal right to an abortion is legal fiction if a woman can’t access and afford the care,” Cassidy said in a statement. “Nothing about HB 40 changes the law as it relates to when a person can have an abortion in Illinois.”

However, not everyone disagrees with the governor’s decision to veto. State Rep. Tom Morrison (R-Palatine) and Paul Caprio, director of Family-Pac, have both publicly commended Rauner’s decision to oppose the bill.

“It’s clear that the majority of Illinois voters oppose the use of their hard earned tax dollars to fund abortions at a time when Illinois is facing a fiscal crisis, regardless of their personal views,” Caprio said in a news release.