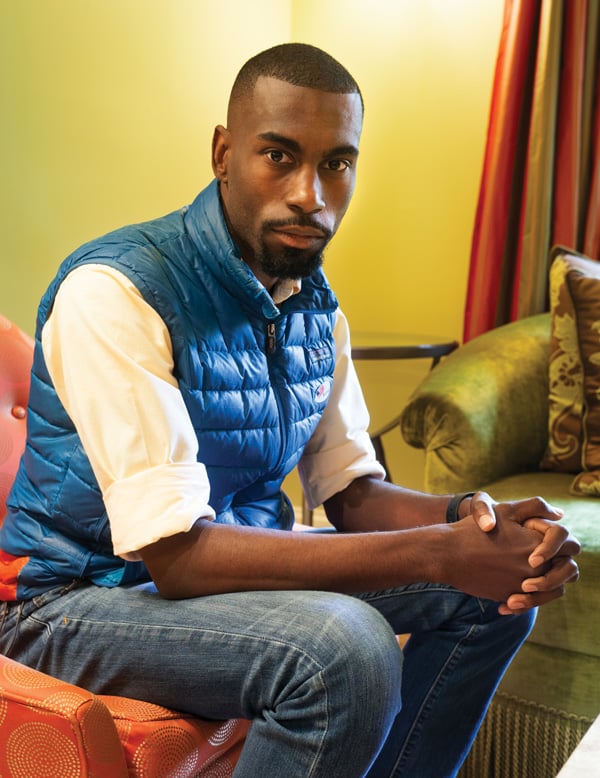 Civil rights activist DeRay Mckesson discussed the benefits of social media and engaging in activism during an event Thursday.

Mckesson — who is known for his activism in the Black Lives Matter movement — discussed the importance of political and social engagement at an event held at McCormick Auditorium in Norris University Center. He spoke to about 275 people at the event, which was hosted by the Global Engagement Summit, a student-run conference that aims to facilitate entrepreneurship and social change.

“He can talk about activism and make it relevant to anybody in the audience, whether that’s an international student coming to GES for the conference, or Northwestern student, or Northwestern professor or anyone in the community just looking to hear a pretty amazing speaker,” Baxter said.

Mckesson said social media like Twitter allows activists to resist “dominant culture narratives” by reaching a large audience. In the past, activists often did not have the same resources to spread their messages as extensively, he said.

“Social media allowed us to be present in ways that we couldn’t before,” Mckesson said. “You know Rosa, and Martin, and Fannie — they didn’t have a mechanism to talk to a million people all at once in a way that we do now, and … when we were in the streets of Ferguson, one of the most incredible things was that we became the storytellers.”

Mckesson also said protest has become “sexy,” attracting people who are not always dedicated to the cause but want to jump on the bandwagon. Commitment is especially important in social activism, as change can only happen with consistency and passion, he said.

He described instances of protesting on the ground as well. Mckesson drove to Ferguson to protest white police officer Darren Wilson’s fatal shooting of unarmed black teenager Michael Brown in 2014.

Mckesson said a particularly memorable instance was when he was arrested in 2016 in Baton Rouge, Louisiana, while protesting the death of Alton Sterling, who was pinned down by two white police officers and shot. Mckesson said one of his most salient memories is being maced while protesting.

Although protesting at grassroots levels with social media is important, Mckesson said it is also crucial to be “on the inside” of government and run for political office to invoke change. In 2016, Mckesson ran for Baltimore mayor, finishing sixth in the primary. Learning people’s names and building relationships is another necessary part of effective organizing, he said.

Mckesson also said he is concerned that in the age of social media, activists take real-life engagement for granted.

Weinberg sophomore Whitney Tesi, who attended the event, said the message of thinking beyond social media was one of the lessons that resonated most with her.

“One of the most important things that I got was that activism is so much more than being on the internet and being on social media,” Tesi said. “Of course that’s really important because via social media you can get to so many people across the world and spread the message, but when you really get out there and show that you really stand for something, that’s what really makes a difference.”