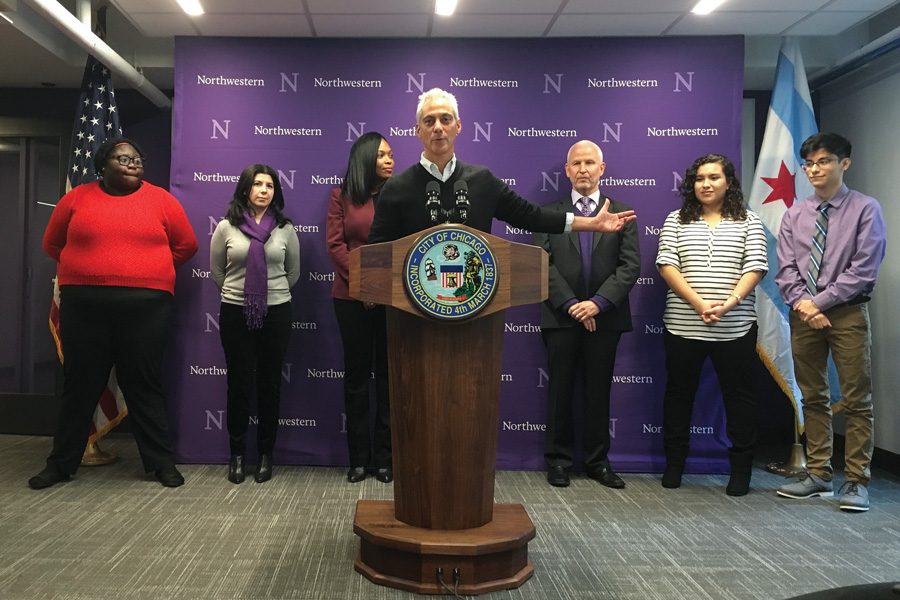 The original ban came over a year ago, after North Carolina instituted a bill that mandated LGBTQ individuals use bathrooms that correspond to their biological sex, rather than their gender identity. Though that policy was amended last month, the state still has a three-year ban on local nondiscrimination ordinances.

Emanuel joins Gov. Jerry Brown of California, who also maintained the state’s taxpayer-funded ban on travel to North Carolina. Emanuel said in a Thursday news release that recent changes were not sufficient to lift the ban, and that discriminating against any group is intolerable.

“As a welcoming city for all, we won’t stand by idly when discriminatory policies threaten the rights of any single group or community,” Emanuel said in the release. “Until North Carolina acknowledges the rights of the LGBTQ community and treats all individuals fairly, the City of Chicago will be taking our business elsewhere, and we encourage others to do the same.”

At Chicago’s monthly City Council meeting next week, officials will introduce a new resolution to affirm the current non-essential travel restriction to North Carolina. Ald. Tom Tunney of Chicago (44th), who chairs the LGBT Caucus, affirmed the council’s stance in solidarity with people “regardless of sexuality or gender identity.”

In a Thursday news release, the Human Rights Campaign and Equality North Carolina commended Emanuel for his reaffirmation of the ban.

“The new law continues to make North Carolina the only state in the nation to reserve for itself the exclusive ability to regulate bathroom access,” said Equality NC executive director Chris Sgro in the release. “Cities like Chicago want to ensure that all of their employees are safe when traveling.”