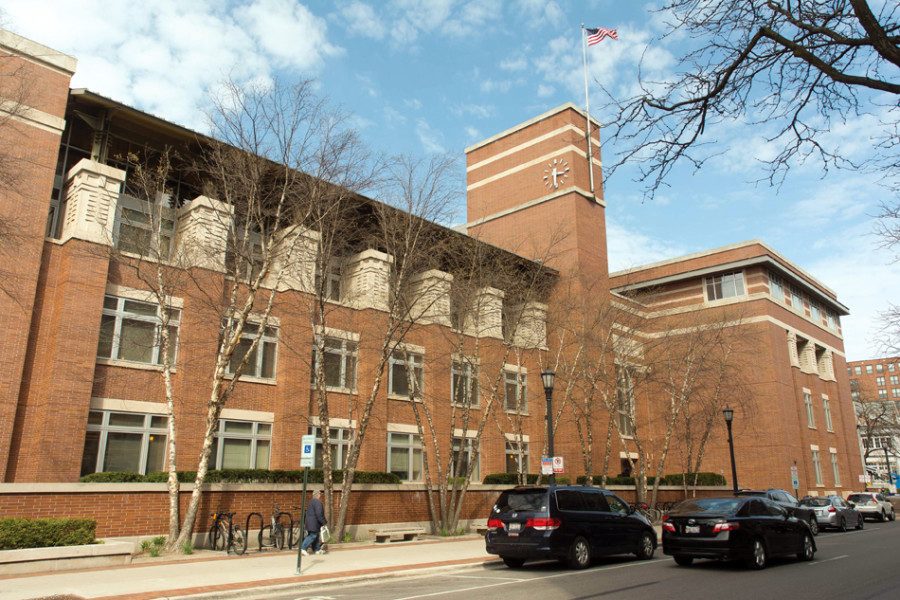 The outside of Evanston Public Library. The library released its 2016 Annual Report during National Library Week.

The Evanston Public Library released its 2016 Annual Report: Books and Beyond during National Library Week, which is from April 9 to 15.

The report details updates to the library’s strategic plan, which organized its work around four “service pillars” — access, learning and literacy, engagement and innovation.

In collaboration with the city, the library implemented scheduled reading time in city-run summer camps. In 2016, there were 1,080,000 checkouts and more than 600,000 library visits.

The library expanded computer classes in 2016, conducted a digital literacy survey and started a pilot program of Wi-Fi Hotspots that allow residents to borrow free internet routers to take home, according to a news release. The digital service Hoopla has made new books available to readers this year by allowing them to borrow digitally.

“During National Library Week, we remind the community that libraries play a key role in supporting early childhood literacy, digital literacy and lifetime learning,” EPL director Karen Danczak Lyons said in the release. “Through our collections, programs and services, we continually strive to provide a safe place for everyone and to reflect and serve the diversity of our Evanston community.”