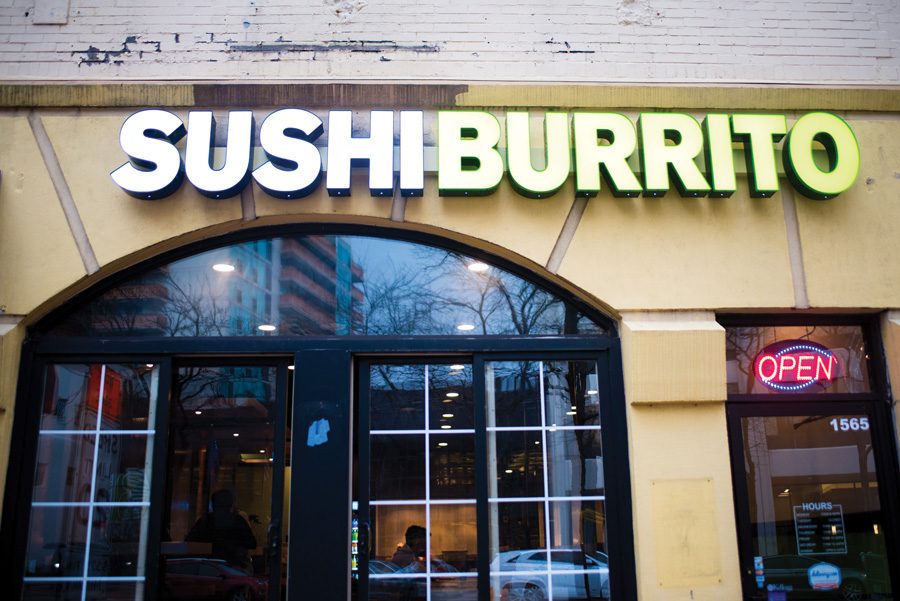 The fast-casual restaurant, located at 1565 Sherman Ave., is known for its sushi burritos — enlarged sushi rolls wrapped in seaweed and rice paper. It also serves regular sushi rolls and bowls. On most days, the restaurant is open from 11 a.m. to 9:30 p.m.

Sushi Burrito joins two other restaurants — Furious Spoon ramen shop and Aloha Poke — that have recently looked to expand to Evanston. It replaced Zoba Noodle Bar, which closed at the end of October. The fusion cuisine chain also has locations in Lakeview, Lincoln Park and Wicker Park.

Owner Ganzorig Amgalanbaatar told The Daily in January that he was excited to open in Evanston because many of his customers from Chicago’s northern suburbs — like Wilmette and Skokie — had expressed interest in a closer store. Additionally, he said a location on a busy thoroughfare like Sherman Avenue was ideal.

“This location is very (accessible) for customers living on the North Side,” Amgalanbaatar told The Daily in January. “Evanston is a big city so hopefully it generates much better than the others.”

SESP sophomore Alec D’Alelio said he visited Sushi Burrito the day after its opening. He had eaten at one of the other locations before, and had been hoping for a location to open up in Evanston.

“It’s something different for people looking to switch up their food options,” D’Alelio said. “It’s a little more adventurous.”

D’Alelio said he appreciates the relatively cheap price and variety of choices. He also said the interior of the restaurant “had a good vibe to it.”

Weinberg sophomore and former Daily staffer Mark Duanmu visited the restaurant on Friday after D’Alelio told him about it. Like D’Alelio, Duanmu also ordered the spicy tuna sushi burrito.

“My expectations were pretty high because I love sushi,” Duanmu said. “It was basically a giant sushi roll. It definitely met my expectations.”

Duanmu said the restaurant is convenient for college students since it’s affordable and a grab-and-go place. He said $7.50 for a sushi burrito is half the amount one may have to pay for a sushi plate, but it’s just as filling.

“It’s still kind of early to tell its impact (on the city) but it offers something different for people,” Leonard said. “When we keep the variety fresh, people are more likely to stick around in Evanston rather than leave to eat in other areas.”