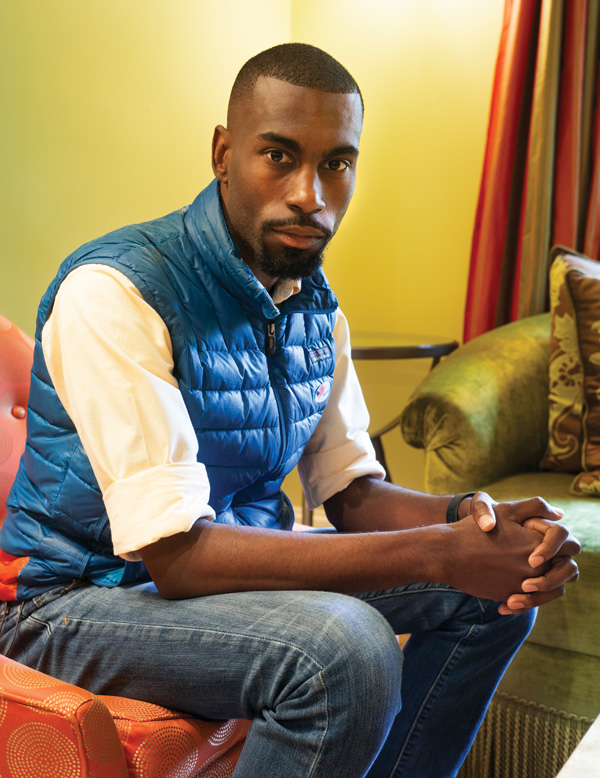 Mckesson, known for his Black Lives Matter activism and signature blue puffer vest, will speak in McCormick Auditorium at Norris University Center. Tickets are free and will be available for pickup with a Wildcard at the Norris front desk starting Monday. The event is open to all Northwestern students as well as the international and domestic delegates involved in the summit, which begins Wednesday.

Mckesson helped create Campaign Zero, an organization that proposes data-driven methods to combat police violence. Previously, Mckesson taught 6th grade math in the Teach for America program. He ran for public office in 2016, placing sixth in the Baltimore mayoral primary. As part of his activist work, Mckesson travels to different protests and shares pictures and videos to more than 775,000 Twitter followers.

Weinberg sophomore Jessica Ogwumike said Mckesson’s talk will be valuable to student activists. As one of the co-chairs of campus relations for GES, Ogwumike said the group wanted to bring a prominent speaker and host an event open to all students because many would be interested in his message.

Ogwumike worked with the other co-chair, Carolyn Brooks, to bring Mckesson to campus. Brooks, a Weinberg senior, said Mckesson is particularly relevant to NU students because many are interested in the Black Lives Matter movement.

“(We) sensed that there was a campus-wide need for someone to address the social movement going on,” Brooks said. “We thought DeRay Mckesson would just be the perfect speaker to address sustaining yourself in the midst of a social movement.”

Brooks described activism as “long, hard, unforgiving work,” which makes a seasoned activist like Mckesson qualified to speak to students who may be frustrated if their work doesn’t immediately result in change, she said.

Weinberg senior Allie Baxter, co-director of GES, said even though the summit is the group’s primary event, she and her co-director wanted to make an open event to the public that aligns with the group’s emphasis on social change.

“This sets the precedent of a portion of our programming (being) reflective of our state in this country, as well as our position as a university that is engaging in these conversations where a lot of students are taking up activism,” Ogwumike said.