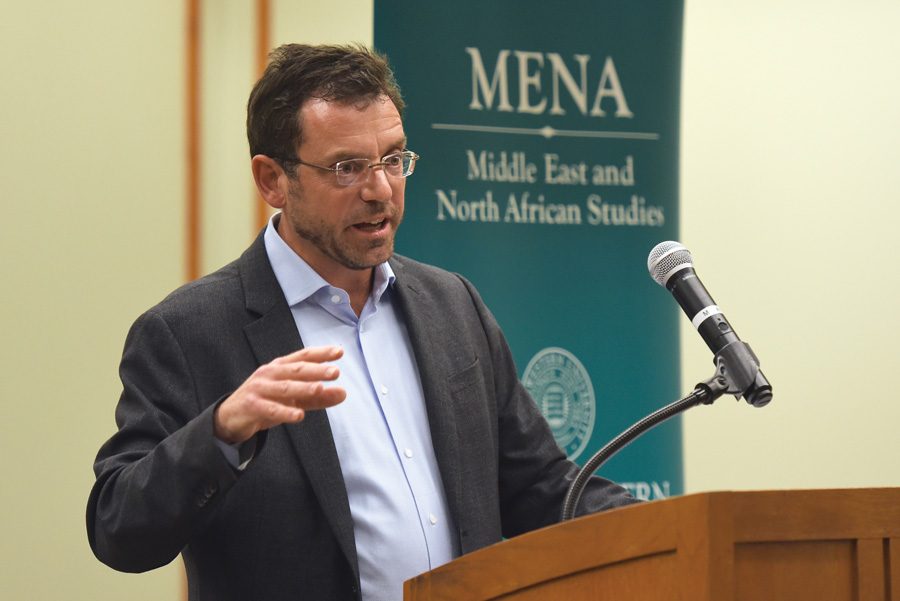 Northwestern’s director of the Middle Eastern and North African studies program is advocating for increased Arabic language instruction in Chicago Public Schools as a way to curb what he sees as increasing “America-first nativism.”

Middle East studies Prof. Brian Edwards was one of 17 members of an American Academy of Arts and Sciences commission on language learning, which released its report in February. The report, “America’s Languages: Investing in Language Education for the 21st Century,” advocated for world language education because it can improve society, said John Tessitore, senior program advisor for the academy. The report also provided recommendations to improve language education nationwide, such as hiring additional teachers and providing study abroad opportunities.

Edwards said language education can spark connections and combat misunderstanding. Edwards himself has studied Spanish, French, Arabic, Persian and some Latin. While Edwards’ focus is on improving Arabic instruction in the Chicago area, he is in support of increasing all foreign language education.

“At a time when we talk a lot about global education, America’s role globally and the ways in which Chicago and Evanston are global cities … reinvesting our time and energy in language learning seems to me a key building block,” Edwards said.

More than 3,000 students in CPS participate in Arabic language programs, said Fabiola Fadda-Ginski, world language manager for CPS. Still, Arabic instruction lags behind Spanish, French and Chinese, she said. Chinese alone is studied by more than 10,000 students in the system.

“I would like to have our students become functionally proficient in (Arabic) … but also culturally savvy and culturally knowledgeable of the Arab world so that they can become truly citizens of the world,” Fadda-Ginski said.

To support Arabic instructors, Northwestern’s MENA program now hosts the Chicago Arabic Teachers’ Council, Edwards said. The council provides educational training and cultural programming, he said, which is free for any Arabic teachers at public, private and Islamic schools in the area.

Though schools decide on an individual basis which languages to teach, Fadda-Ginski said she hopes having these resources available will encourage communities to push for more Arabic instruction.

Compared to other world languages, Arabic poses some challenges based on the difficulty of the language itself, Edwards said. The formal written version of Arabic, known as Modern Standard Arabic, differs from the more commonly spoken dialects, such as Egyptian Arabic and Levantine Arabic.

“It takes more time to get to a proficient level in Arabic than it does in romance languages, for a variety of reasons, so on the K-12 level it can sometimes be frustrating for students,” he said.

Edwards said the MENA program hopes to continue its work in Chicago and also expand its engagement in the Evanston community. They are seeking out partnerships with Evanston Township High School and the Evanston Public Library to help educate the community on the Middle East and the Arabic language.

“There is anxiety sometimes about learning other languages, as if that is somehow a betrayal of ‘American-ness,’” Edwards said. “I find that, in fact, it’s a fulfillment of American greatness to cherish the fact that we have more than 350 languages spoken in the United States.”