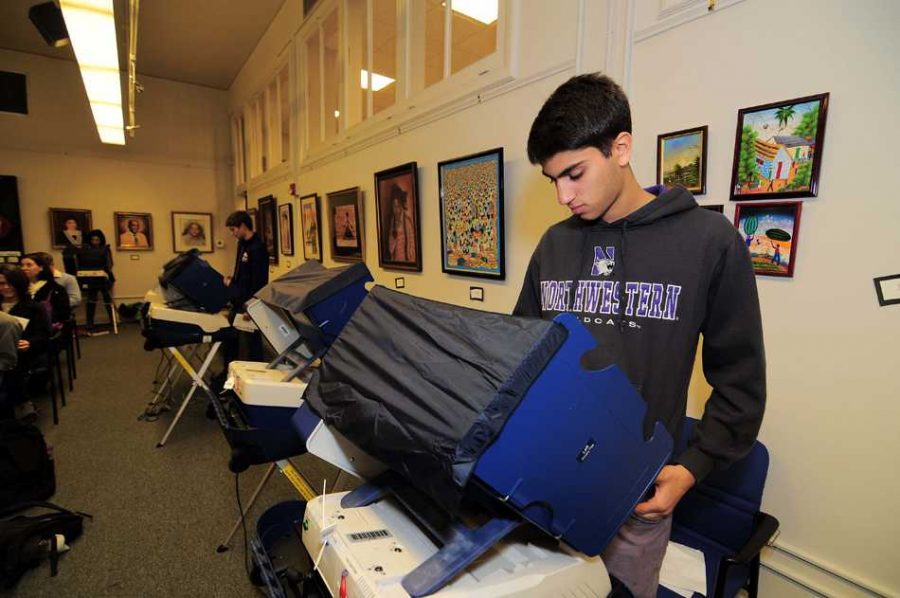 A Northwestern student casts his ballot at the Lorraine H. Morton Civic Center in 2014. Suburban Cook County voters set a record for early votes during this year's consolidated election.

As of early Friday afternoon, the release said, more than 42,050 voters had participated in early voting.

Lorraine H. Morton Civic Center reported the highest number of ballots collected in the first week, but had narrowly slipped to second place by midday Friday with 3,189 ballots, the release said.

“It’s not surprising to see a rise in Pre-Election Day voting,” Orr said in the release. “Early Voting – in particular – allows voters to skip any Election Day lines and cast their ballot when and where it’s most convenient for them.”