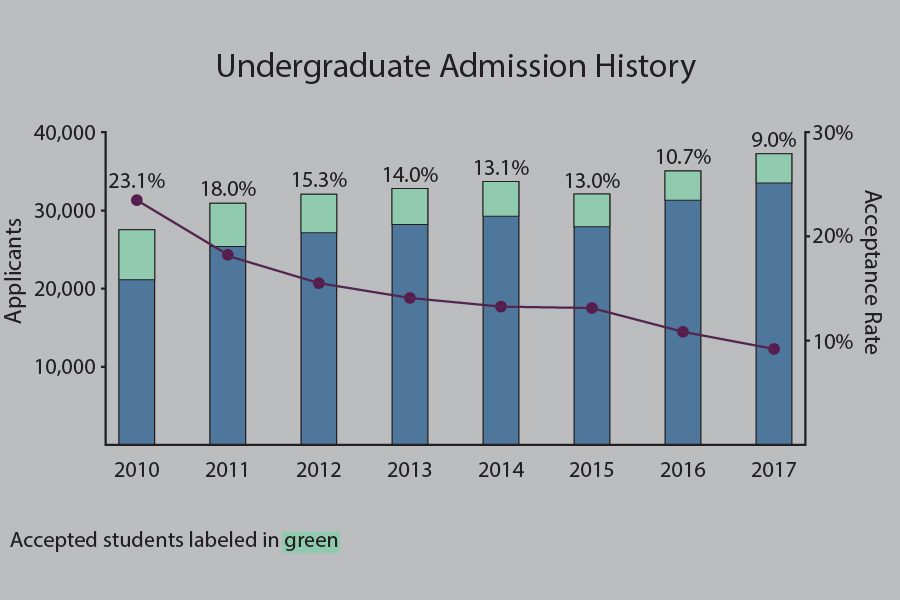 Northwestern’s acceptance rate has dropped below 10 percent for the first time, as the University admitted 9 percent of applicants to the class of 2021.

Michael Mills, associate provost for University enrollment, projected in January that the acceptance rate would fall below 10 percent this year.

“We want an entering class that is diverse in all ways, and has the appropriate number of students in each of our undergraduate schools,” Cubbage said.

Demographic information for the newly admitted Regular Decision class will be released after the enrollment deadline of May 1, Cubbage said.

The number of applications this year reflects that the University is “increasingly a school of choice,” Cubbage said.

“It’s great,” he said. “It’s a wonderful thing because it just shows the increasing reputation and stature of Northwestern.”