Fire has been “struck” out in south Evanston apartment building 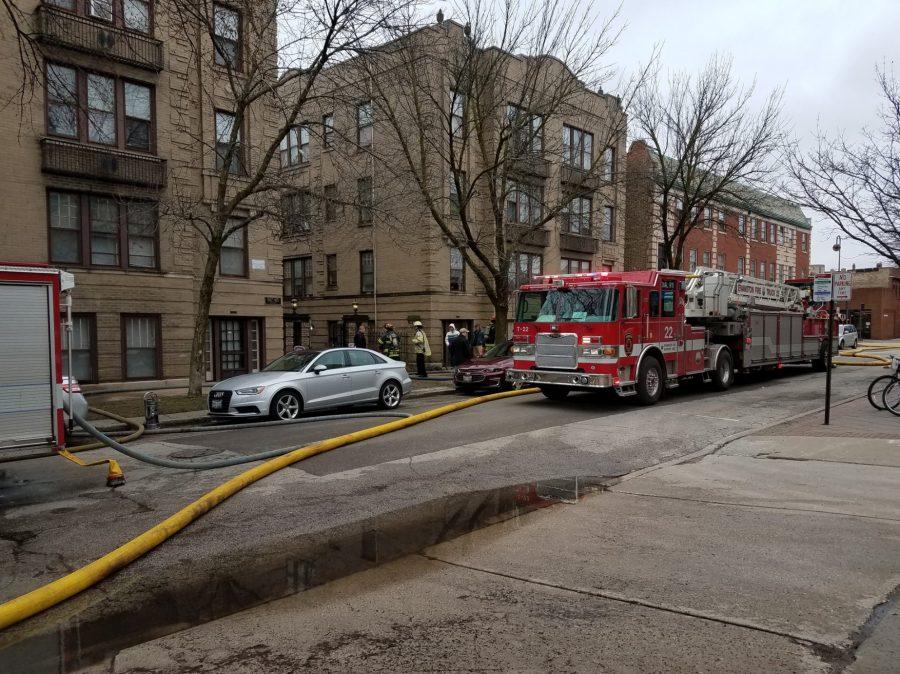 Firefighters work to stop a fire in south Evanston on Friday.

Bobkiewicz said the injury was related to the firefighter’s shoulder and that he did not think it was serious. As of about 3:30 p.m., he said, firefighters from Evanston and nearby communities had “struck” out the fire in the 900 block of Sherman Ave. — a multi-story apartment building in south Evanston — and started to demobilize the area.

Officials had not yet ascertained what caused the fire.

Bobkiewicz said firefighters were focused on ensuring that no residents remained in the unit, which sits on the ground level. He added that lots of debris in the apartment made the task especially difficult, a result of what appeared to be “some sort of hoarding situation.”

“At this point our first concern is to make sure that no one’s in the unit,” Bobkiewicz said. “Unfortunately we have encountered this situation in the past and have found people.”

Evanston police were trying to locate the unit’s occupant, who had been spotted in the “last few hours” walking around the neighborhood, Bobkiewicz said.

This story was updated at 4:10 p.m. with additional information from Bobkiewicz.