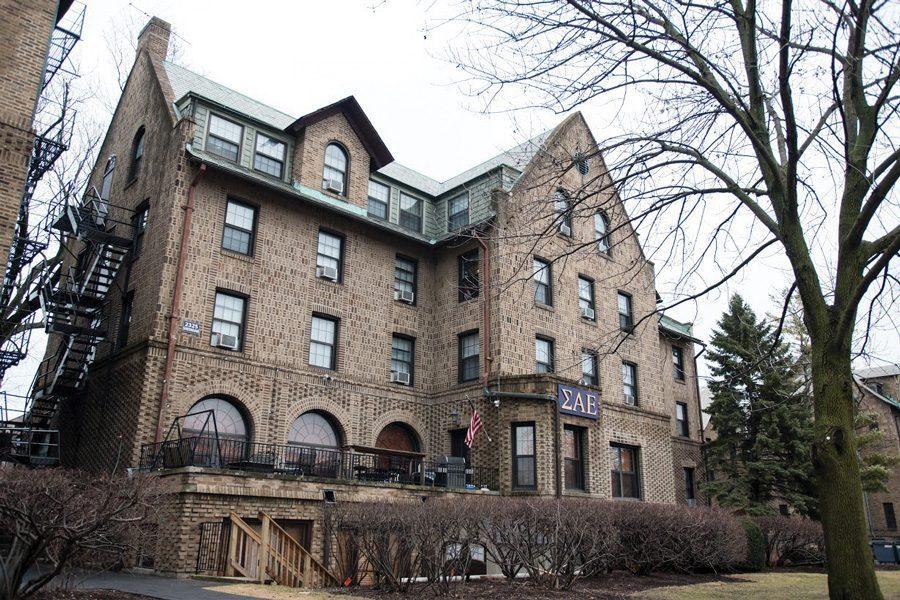 Sigma Alpha Epsilon fraternity’s house on Northwestern’s campus. On Thursday, the University announced that no disciplinary action will be taken at this time against SAE and another unnamed fraternity following reports of alleged sexual assaults.

The University announced Thursday that no disciplinary action will be taken against Sigma Alpha Epsilon fraternity and another, unnamed fraternity regarding reports of multiple alleged sexual assaults and druggings at the two houses.

The University concluded its review of the reports and will not investigate them any further at this time, according to an email from Patricia Telles-Irvin, vice president for student affairs. However, Northwestern will continue to look into other potential violations — unrelated to the reports — of the Student Code of Conduct by the SAE chapter, which were revealed during the initial investigation, Telles-Irvin said in the email.

The investigation into the unnamed fraternity was ended after “assessing all information and carefully considering the wishes of the person who spoke with (Sexual Harassment Prevention Office) staff,” Telles-Irvin said in the email.

The alleged druggings and assaults were first reported last month, according to an email notification sent to Northwestern students Feb. 6. The reports, which were anonymous, alleged four female students were possibly given a date rape drug at the SAE house on Jan. 21. The alert said two of the students believed they were sexually assaulted.

In the email, Chief of Police Bruce Lewis said the University also received an anonymous report Feb. 3 alleging that another female student had been sexually assaulted, potentially with the use of a date rape drug, after attending an event at a second, unnamed fraternity the previous night.

Interfraternity Council president Rodney Orr said Thursday that Telles-Irvin’s announcement was “disheartening.” Orr said though he was confident in the University’s ability to investigate the incidents, he felt the decision would threaten “progress” IFC was trying to make on the issue.

“It hurts a little bit,” the SESP junior said. “This doesn’t mean this isn’t a problem in our community … this is an issue that not only affects people within the Greek community, but the entire campus.”

Panhellenic Association’s executive board emailed a statement to its members Thursday night in response to Telles-Irvin’s email, expressing disappointment in the “speed of progress.” The executive board also expressed its support to members in the statement.

“We are not done there,” the statement said. “We continue to look for long term ways to improve the safety of our community and create lasting cultural shifts. This will take time, but we believe in our community.”

After the alleged incidents were reported, the IFC executive board and chapter presidents decided to suspend social events indefinitely and began to take action to reform IFC’s risk management policies.

Orr said earlier this month that IFC has been using the suspension on social activities to reassess the council’s policies on risk management and alcohol. IFC recently passed an amendment to its constitution requiring a member of each chapter to be trained by Men Against Rape and Sexual Assault and Sexual Health and Assault Peer Educators, Orr said.