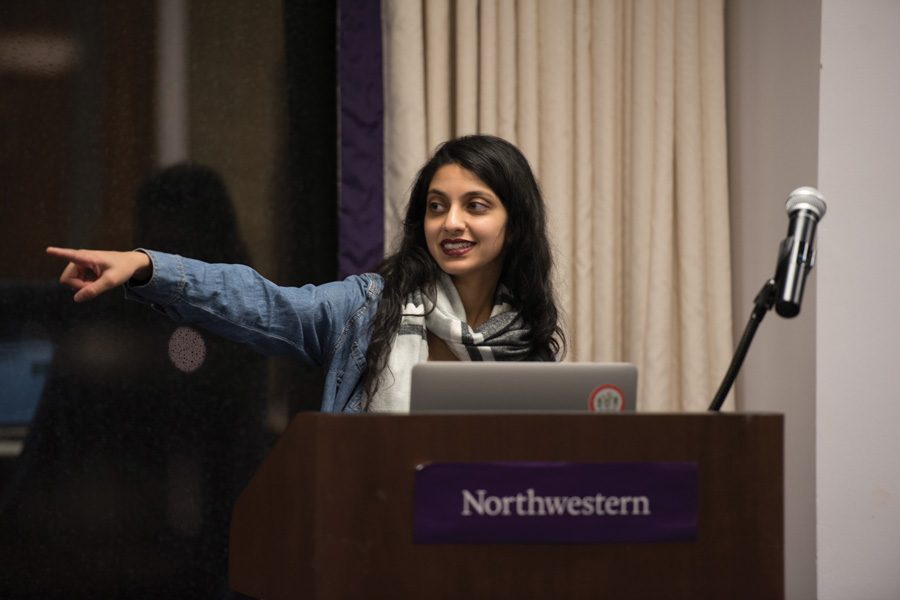 Servillas said she is unsure of the last time a candidate ran unopposed, but thinks it was at least four years ago.

Mulukutla’s running mate is Weinberg junior Rosalie Gambrah, who is currently ASG’s vice president for student activities. Gambrah is also involved with the African Students Association and is a Northwestern Student Ambassador.

Mulukutla currently serves as ASG’s Speaker of the Senate. She is also involved with Women in Leadership and serves as a tour guide for the Office of Undergraduate Admission.

Although they are running unopposed, Mulukutla said the pair will meet with more than 60 student groups to help shape their campaign.

“These next two weeks are absolutely critical,” she said. “Quite honestly, we are running not just to have an opponent and to assert ourselves as the primary candidate or the best candidate, we’re running to gain the student body’s trust.”

Their campaign website highlights three issues: mental health, inclusivity and accessibility, and sexual assault, with in-depth explanations on how the pair plans to address all three.

“They very much were a part of the whole process and saw a lot of the debate around the resolution ASG ended up passing,” he said. “In general, the whole campaign team, and Nehaarika and Rose in particular, really believe that it’s a problem ASG really needs to address.”

According to the campaign website, the pair wants to create a permanent advisory committee to ASG’s executive board that will help ASG hear underrepresented voices. In addition, they want to create an advisory board to University President Morton Schapiro focused on LGBTQ, black, Latinx and low-income students’ issues.

Voting will last from 5 p.m on April 6 until 5 p.m. the following day. Because there is only one ticket, ASG will hold forums in place of previously scheduled debates. The first forum will be hosted by ASG on April 4, followed by an April 5 forum hosted by The Daily and another on April 6 hosted by Political Union.

“It doesn’t change anything necessarily,” she said. “We’ve developed a campaign that is going to address these issues on campus and that’s the point. We’re running for the right reasons, we’re not running for a title.”

Correction: A previous version of this story misspelled Nehaarika Mulukutla’s name. The Daily regrets the error.