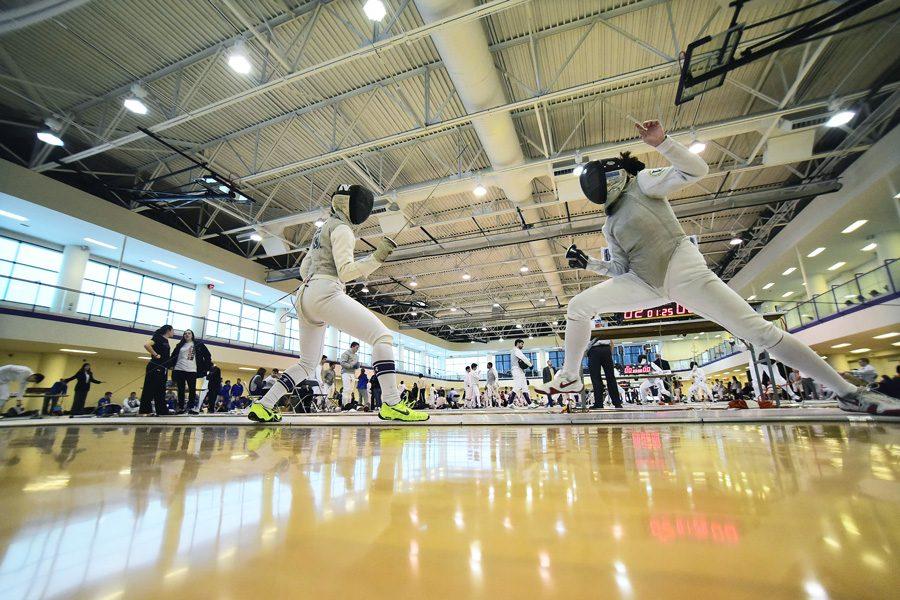 A Northwestern fencer lunges for a touch. Two Wildcats competed at the NCAA Championships last weekend.

For the first time in 17 seasons, Northwestern ended its season outside the top 10.

Two Wildcats, freshman epee Pauline Hamilton and senior foil Stephanie Chan, competed at the NCAA Fencing Championships this weekend in Indianapolis. Though Hamilton finished 15th and Chan was 23rd, NU only sent two fencers to NCAA Championships, as opposed to last year when the Cats had four fencers qualify and finished 8th.

Chan, one of 11 graduating seniors, finishes her NU career with more than 160 wins and two NCAA Championships appearances, the other from during her sophomore campaign. She also finished 5th at the Midwest Fencing Championships earlier this month.

Hamilton capped off a particularly impressive freshman season highlighted by a win over 2016 U.S. Olympian Kat Holmes of Princeton at NU Duals. She also earned a bronze medal at NCAA regionals and helped lead the epee team to a first-place finish at the Midwest Championships.

“NCAA Championships is a really grueling event, and for Pauline, it being her first time being there, it kind of hit her really hard the first day,” coach Zach Moss said. “She rallied back really nicely and was one touch away from being an All-American as a freshman.”

The Cats started the season off on the wrong foot, losing four matches in a row as Moss took over for longtime coach Laurie Schiller. However, NU battled back, winning 18 matches in a row and remaining in the top 10 by the time the first rankings of the new season came out.

But consistency was a concern all year, as the Cats traded wins over top 10 teams, including then-No.4 Ohio State, with losses to unranked foes.

Moss said he saw clear improvement from the beginning of the season to the end in what he called a “rebuilding” year.

“The biggest downside when you’re building a team like that in a year when we lost a lot of impact fencers from last season is sometimes it’s hard to build that consistency from day one,” he said. “We got more consistent as the season progressed, but as a team we never really clicked with all three weapons fencing at their best at the same time.”