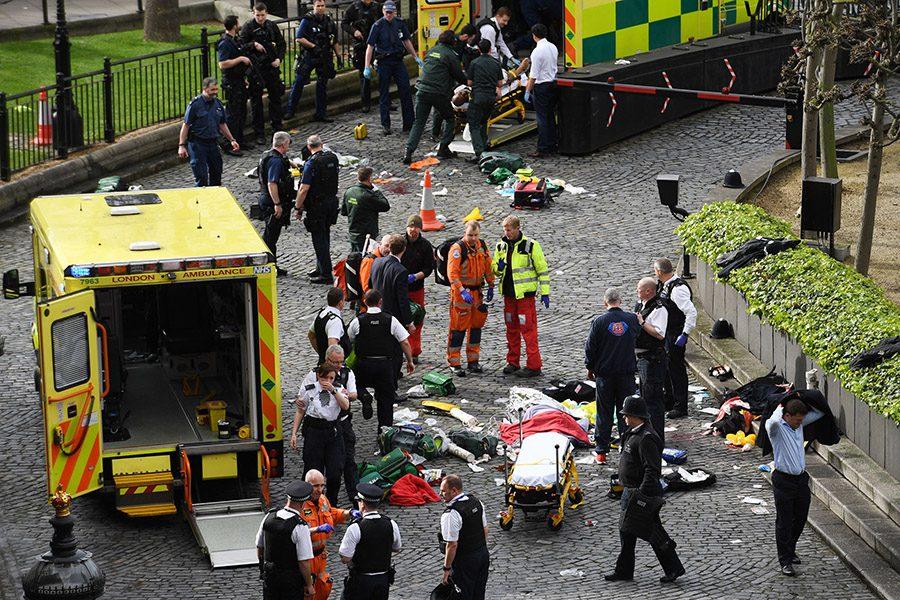 Emergency services on Wednesday, March 22, 2017 at the scene outside the Palace of Westminster, London, after a policeman was reportedly stabbed and his apparent attacker shot by officers in a major security incident at the Houses of Parliament.

None of the 47 Northwestern students currently studying in London were near Westminster Bridge or Parliament at the time of the attack, Julie Friend, director of the Office of Global Safety and Security, told The Daily in an email. Friend said 42 of the students are participating in spring break programs sponsored by the Medill School of Journalism, the School of Communication or Global Health.

“Trip leaders receive training on emergency preparedness and response prior to departure, and checked in soon after the incident was reported in the news,” Friend said in the email.

In addition, all five NU students enrolled at various London universities for Winter and Spring Quarters have checked in safe, Friend said.

The New York Times reported that casualties resulted from a lone assailant armed with a knife who drove his car into pedestrians on Westminster Bridge near Parliament. After crashing his car, the driver exited the vehicle and approached Parliament, fatally stabbing a police officer before being shot to death by police.

Friend said the leaders of the NU programs have been informed of security recommendations, such as avoiding the area near the attack and arriving at the airport earlier than planned to accommodate enhanced security. However, the University will not alter any students’ travel plans, she said.

“We have no reason to believe that there is a continued threat to our travelers in London, and do not recommend that any group or individual return earlier than planned to the States,” Friend said in the email.