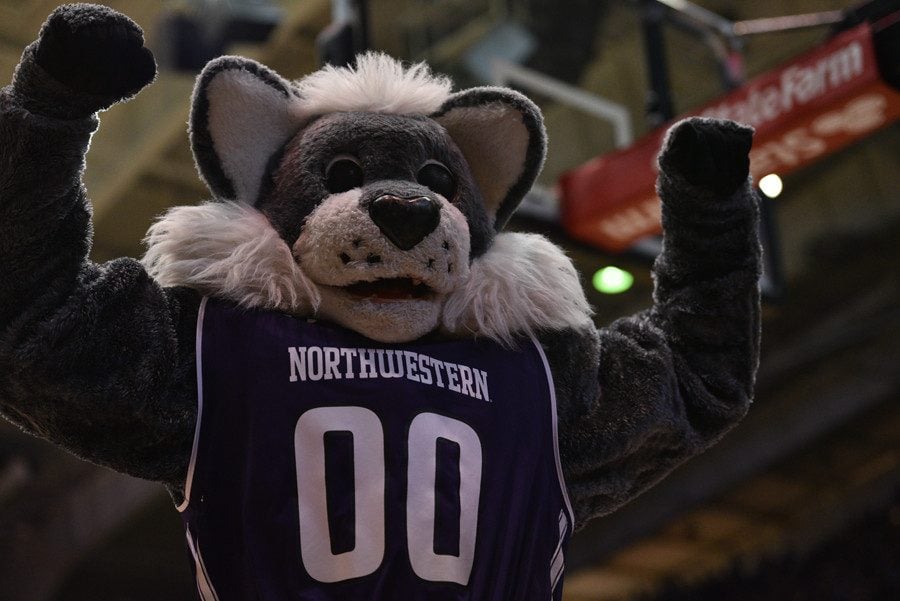 Willie celebrates. Northwestern earned its first-ever bid to the NCAA Tournament on Sunday.

After 78 years of futility and disappointment, Northwestern is heading to the NCAA Tournament.

On the heels of a program-record-breaking 23-win season, the Wildcats secured the school’s first-ever bid to The Dance on Sunday.

“Today was a celebration, a celebration of a long time coming for a lot of people — especially our team,” coach Chris Collins said Sunday. “But now it’s time to get to work.”

In the tournament, they will open play as the West Region’s No. 8 seed against Vanderbilt (19-15, 10-8 SEC) in Salt Lake City on Thursday. If they win, they draw the winner of a matchup between first-seeded Gonzaga and South Dakota State on Saturday.

Entering Sunday, NU was the lone power conference school without a trip to the NCAAs — a notorious tag that pushed the Cats into the national spotlight amid a campaign spent on the brink of history.

“It’s a huge load off our back,” junior guard Scottie Lindsey said of the infamous streak. “We can just go out and play, and not think about the past failures. We can just look ahead to where we’re going to be in the future.”

In Big Ten play, the Cats won six straight games in January en route to a 7-2 conference start — the program’s best since the 1937-38 season. However, NU stumbled in February, earning a signature win over then-No. 7 Wisconsin but losing five of seven for the month.

The Cats recovered down the stretch, beating Michigan on a buzzer-beater in the regular season’s penultimate contest and making the school’s first-ever run to the Big Ten Tournament semifinals, beating No. 25 Maryland in the process.

After ending college basketball’s most notorious tournament drought, NU will look to build on its memorable season with a run through March Madness.

“Today is the beginning of Northwestern basketball,” Collins said at the Selection Sunday watch party at Welsh-Ryan Arena. “Today is the day we put ourselves on the national map, and that’s where we plan to stay.”