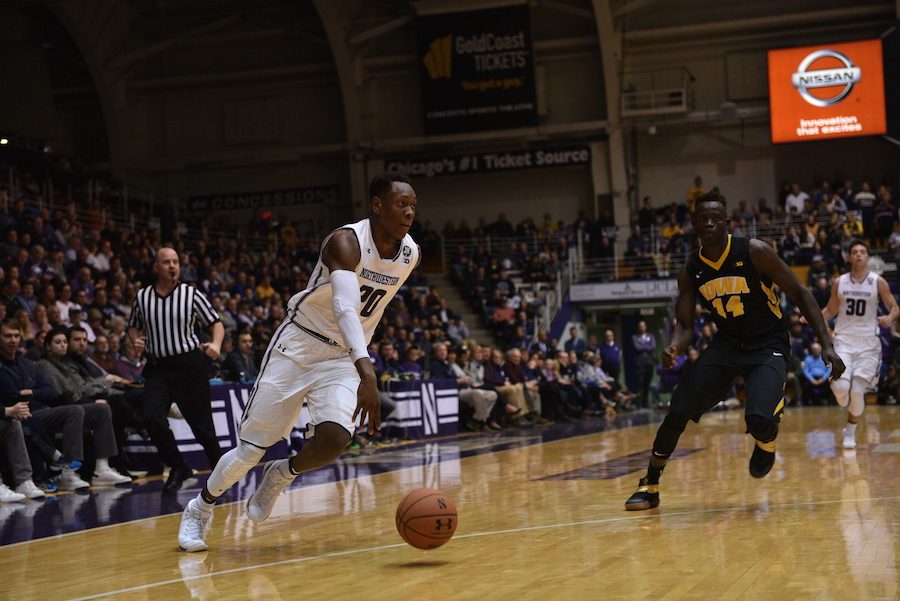 Scottie Lindsey attacks off the dribble. The junior guard shot well at the rim and from the right wing in Big Ten play.

Before the season, Scottie Lindsey was a wild card. The junior guard had obvious talent as a scorer, but his mistakes at the defensive end throughout his career often resulted in long stretches on the bench.

This year, his defense has improved and his offensive talent hasn’t gone anywhere, allowing him to emerge as one of the most important contributors on this historic team.

Layups and 3s are considered the most efficient shots in basketball, and the team overall took 63 percent of its shots either at the rim or behind the arc. Lindsey was no different, as he took 68 percent of his shots from these areas, and hit a strong 21-of-31 shots at the basket in conference play.

Lindsey’s shooting behind the arc was a different story. The junior was the posterchild for an interesting team-wide trend, and he helped carry the team to its most inexplicable shooting split on the season.

From the left wing, he shot a grisly 3-for-25, and only made one 3 from that zone before his 2-for-4 explosion in the final regular season game against Purdue. This extreme split left him shooting only 29 percent from 3-point range in conference play, an unencouraging clip given that he put up just less than half his shots from 3.

Despite putting up all these bricks, Lindsey’s efficient shot selection throughout the season gave him the ninth-best effective field goal percentage (which accounts for the fact that three is worth more than two) in the conference at 50.6 percent.

Lindsey was at his best closest to the basket, making 50 percent of his shots in the paint in addition to his impressive work in traffic at the rim. While plenty of those shots came in transition, he also showed his skill around the rim with reverse layups that he jokingly described as “Jordanesque.”

Because he missed four games, Lindsey finished third on the team in shot attempts in the conference season, behind Bryant McIntosh and Vic Law, but he was second in shots per game, behind only McIntosh.

Lindsey’s emergence has been a major differences between this year’s tournament squad and last year’s underwhelming one — even if he never could find the range from the left wing.