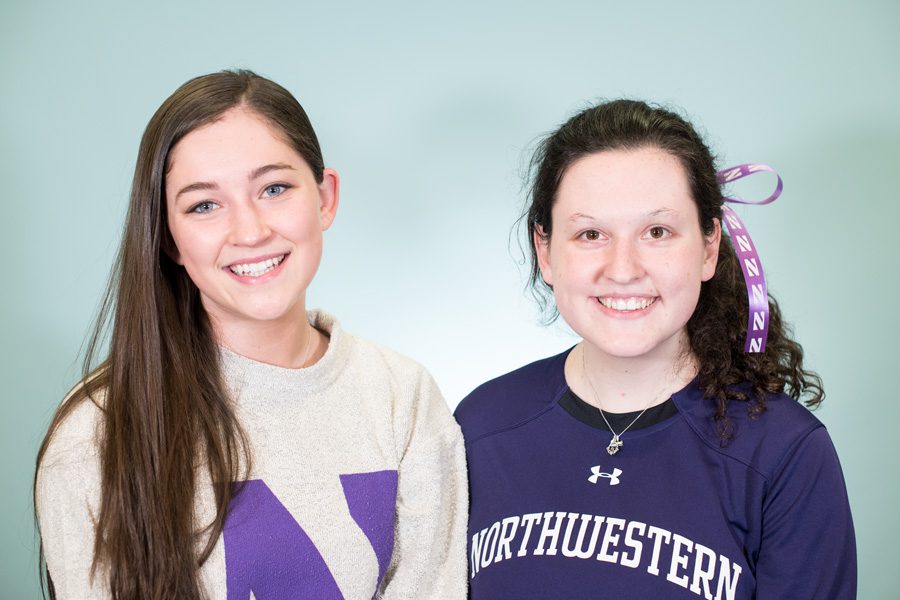 Emily Harriott and Maddy Fisher will begin as the first female president and executive vice president of Wildside in more than six years at the start of Spring Quarter. Wildside – the official student section of NU athletics – aims to improve student game-day experience while supporting the school’s sport teams.

Emily Harriott and Maddy Fisher have been named the first female president and executive vice president of student group Wildside, the student section of Northwestern Athletics, in more than six years to start at the beginning of Spring Quarter.

Harriott, a Communication sophomore, and Fisher, a Weinberg sophomore, will replace seniors Evan Frost and Dan Sagerman, the group’s current co-presidents. Although all students who attend varsity sports games are considered members of Wildside, the club is managed by a leadership team that consists of an executive board and two committees: operations and marketing.

Their biggest mission, Harriott said, is to improve students’ experiences at NU sports games and help make everyone more involved.

“Wildside is in charge of making the gameday experience better for every student and welcoming whoever wants to come to games with open arms,” Harriott said.

Megan Dunham (McCormick ’12) was the first female president of the organization and held the position during the fall of 2010. Members of the Wildside executive team were called vice presidents, but this will be the first time there will be an executive vice president.

“Emily has shown a great deal of dedication to the game and her passion is unmatched. She is at every game she can go to,” said Frost, a SESP senior. “And Maddy has a very keen understanding of how we fit in and how other groups interact with us and with themselves on campus.”

Fisher said she always wanted to be a part of Wildside but did not join until the start of her sophomore year, at the urging of some friends.

Both Harriott and Fisher said they want to increase students’ awareness of Wildside on campus and continue to highlight different student groups, such as residential colleges or multicultural groups, as a part of the gameday experience. The main challenge for their term, Harriott said, will be the renovations to Welsh-Ryan Arena next year, which will result in the relocation of men’s basketball games to Allstate Arena and women’s basketball games to Evanston Township High School’s Beardsley Gym.

Sports are seen as predominantly male interests in American culture, Harriot and Fisher said, but said that their appointment to these new leadership positions is evidence that the assumption is baseless. Harriot and Fisher both felt that advocating for more inclusivity and breaking down stereotypes would be a priority under their leadership.

“The outgoing presidents did a really good job of making the group more inclusive and building this community where it was never questioned if we could become the next leaders of Wildside,” Fisher said. “It was accepted by everyone.”