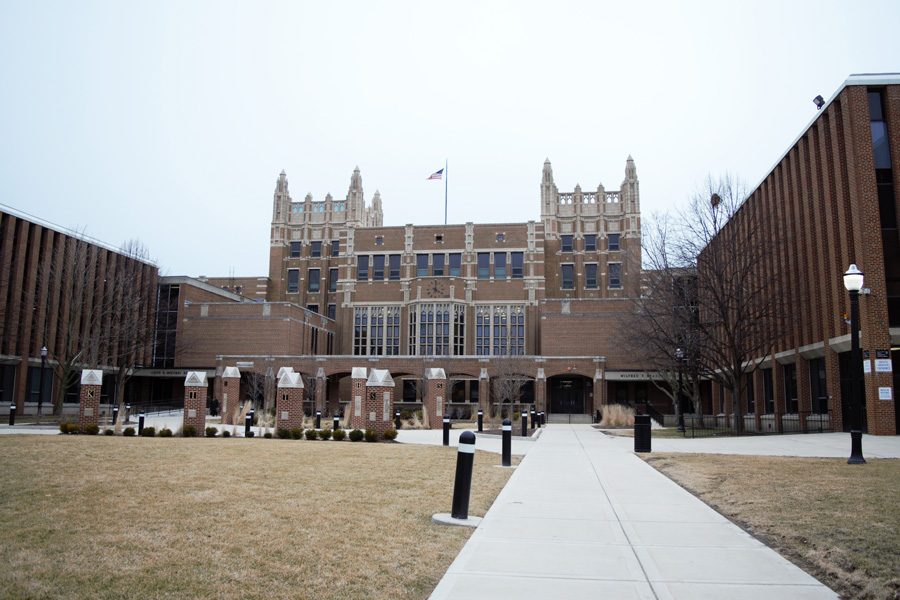 Evanston school district officials said Thursday they intended to review local policy following a directive from the Trump administration. The directive revoked protections allowing transgender students to use the bathrooms and locker rooms that align with their gender identity.

Board members from Evanston’s two school districts said Thursday that they intended to review local policy after President Donald Trump revoked protections allowing transgender students to use the bathrooms and locker rooms that align with their gender identity.

Two District 202 board members said they wanted to discuss implementing a transgender policy after Trump on Wednesday rescinded the guidelines set by the Obama administration. In District 65, officials said they would consider a policy at a regularly scheduled meeting next week.

ETHS currently utilizes a set of “procedures” to guide faculty and staff on transgender issues. Students, teachers and administrators who spoke to The Daily last fall, however, shared different interpretations of those procedures, and none could point to any public documentation. Though officials drafted a policy in fall 2015, they have delayed enactment to avoid legal action and comply with shifting federal guidance.

As it stands now, transgender students may use the bathroom of their choice at ETHS, but must request access to a separate locker room, Principal Marcus Campbell told The Daily earlier this month.

In D65, board member Suni Kartha — who is running for re-election — said officials handle each student on a case-by-case basis. She added that the district already has a policy that broadly prevents gender discrimination, but that next Monday officials would discuss a specific transgender policy.

“On a personal level I would like to see some clarification district wide,” she said. “It’s important … that we can have consistency across our schools for transgender students and their families so that … they know what kind of protections they can expect.”

Jonathan Baum, an ETHS board member, said his district also has a policy to prevent gender discrimination with which he believes current procedures may not comply. Baum said the board has never discussed a transgender policy, despite requests from individual members.

Two of those requests have been made by Gretchen Livingston, an ETHS board member who sits on the policy committee and is running for re-election. Livingston said the committee has not yet discussed a transgender policy despite making two written requests — one on Aug. 11 and another last week.

Last year, ETHS seemed set to implement a policy, the content of which has not been shared with the public. But on Aug. 8, the district canceled a meeting about the issue citing advice from legal counsel, officials said.

Board president Pat Savage-Williams, Superintendent Eric Witherspoon and Campbell did not respond to multiple requests for comment Thursday.

Across the nation, Trump’s decision drew cheers from states’ rights advocates and displeasure from progressives. During his campaign, the president seemed set to take a more liberal stance on LGBTQ rights than his Republican counterparts.

But on Wednesday, he appeared to reverse course. In a letter by officials from the departments of Education and Justice, the Trump administration criticized Obama for instituting guidelines without “extensive legal analysis” and “formal public process.” Under Trump, the letter read, federal officials would acknowledge “the primary role of the States and local school districts in establishing educational policy.”

Officials from Equality Illinois, a statewide organization advocating for LGBTQ rights, condemned the administration’s decision, saying Illinois school districts should not adopt “discriminatory policies” in light of the federal directive.

“We are outraged the Trump Administration would choose to target transgender children for discrimination,” Equality Illinois CEO Brian C. Johnson said in a news release. “Rescinding the guidance letter sends a terrible message and invites personal bias to flourish in our public schools.”

Matt Sharp, an attorney with legal organization Alliance Defending Freedom, said Trump took a “positive step” in returning the issue to individual schools. He said schools should adopt a “baseline” of privacy that accommodates “compassionate solutions” for students whose gender identity differs from their biological sex.

“Individuals have a certain interest in not being seen unclothed … by someone of the opposite sex,” Sharp said. “Schools have a duty to protect that, to make sure that that privacy interest is at the forefront of whatever policies it adopts.”

Next month, the Supreme Court will hear a case from Gavin Grimm, a transgender teenager from Virginia who in 2015 sued his school board for barring him from using the boys’ bathroom.

“Nobody is quite sure what the Supreme Court is going to do,” Sharp said. “There’s a lot up in the air.”